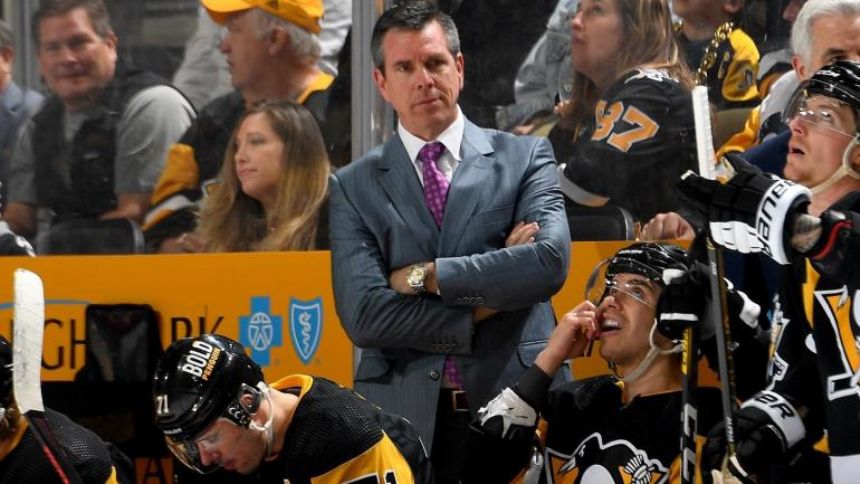 The Pittsburgh Penguins and head coach Mike Sullivan agreed to terms on a three-year contract extension, the team announced. The extension will kick in following the 2023-24 season and will run through the 2026-27 campaign.

Sullivan took over for Mike Johnston midway through the 2015-16 season, and he led the Penguins to a Stanley Cup championship that year. In 2016-17, Sullivan and Pittsburgh defended their title with back-to-back Stanley Cup wins.

In his seven years as the Penguins' head coach, Sullivan owns an overall record of 297-156-54.

In an official statement, Penguins general manager Ron Hextall said that Sullivan is one of the best coaches in the NHL and reiterated the franchise's belief in him.

"Mike is one of the top coaches in the National Hockey League and it was important for us to have him signed long term," Hextall said. "He is a great leader that finds success through communication, honesty and accountability. We know that Sully is committed to continuing a winning culture here in Pittsburgh."

Despite the immediate success Sullivan had as the head coach in Pittsburgh, the team hasn't been out of the first round of the playoffs since 2018. In the last four postseasons, the Penguins have been bounced in the opening round and have a combined record of just 6-15.

Coming into the 2022-23 season, the Penguins will once again have the aging core of their team in place. The team re-signed Kris Letang and Evgeni Malkin in the offseason, so they will be back for another shot at a playoff run alongside Sidney Crosby.