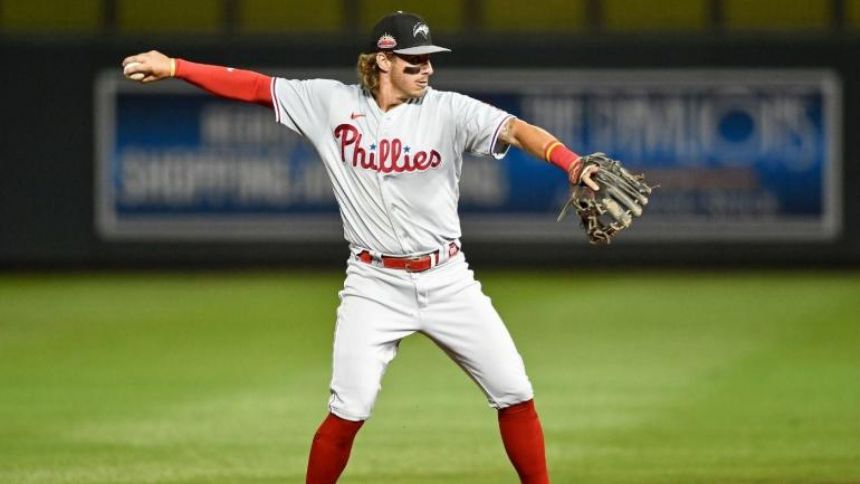 That journey finds us today focusing on the Philadelphia Phillies' farm system.

Mick Abel was unhittable today for the @Threshers.

Abel, the top prep pitcher in the 2020 class, slipped to the 15th pick because of the usual concerns about high-school arms. While it's too early to panic, his first professional season brought those concerns to the forefront. Abel was limited to 14 starts by a shoulder issue, and he walked more than five batters per nine when he was able to pitch. Abel still has well-above-average upside, thanks to an arsenal that could include three plus or better pitches and a tall, projectable frame.

The Phillies took Stott with the 14th pick in the 2019 draft. He should be able to make his big-league debut next season after hitting .299/.390/.486 with 16 home runs and 10 stolen bases in 112 games across three levels, including Triple-A. Stott has a well-rounded game, albeit without a true carrying tool, or an aspect that stands out. The rest of the Phillies' offseason could dictate where he lands on the infield.

Painter entered the spring billed as a potential top-10 pick. He had to settle for going 13th, making him the second prep arm the Phillies have taken in the first round in three years. Painter has a large, physical frame and a promising arsenal. His changeup is further along than most of his high-school peers, and he also has a good fastball-slider combination that gives him above-average upside. One thing to watch for with Painter is whether or not the Phillies attempt to deepen his release point; for the time being, he doesn't leverage his frame to get out in front as much as he could.