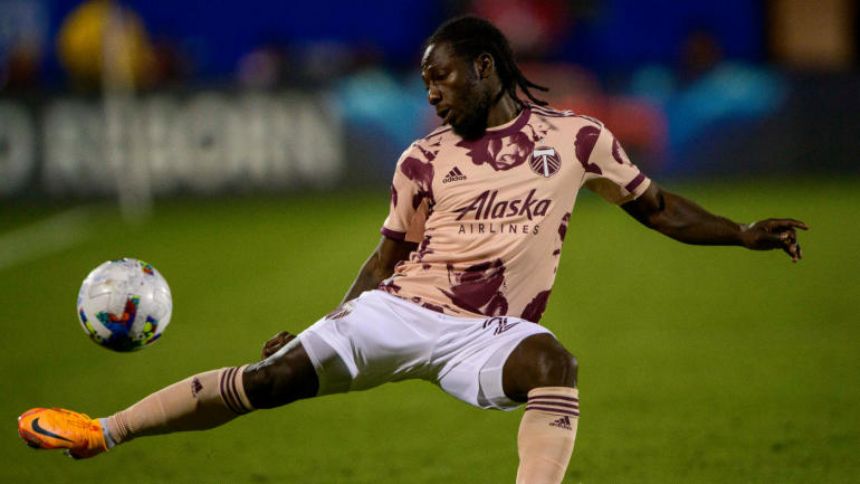 The and both will be trying to round into form Sunday when they square off in a Major League Soccer match at Providence Park. The Timbers (1-2-1) have started a bit slowly after reaching last year's MLS Cup final, where they lost to NYCFC on penalties. Still, they just suffered their first loss last Saturday, and they have faced a tough schedule while dealing with a lot of injury issues. Portland has had one of the leakiest defenses in MLS so far, while Orlando City (2-1-1) boasts one of the stingiest. The Lions defeated the LA 1-0 last week on the road, while Portland's defensive record took a major hit when it was pummeled 4-1 at .

Kickoff from Providence Park in Portland is at 4 p.m. ET. Caesars Sportsbook lists Portland as the -107 favorite (risk $107 to win $100) on the 90-minute money line in its latest Portland Timbers vs. Orlando City SC odds, with Orlando the +290 underdog. A draw is priced at +260 and the over-under for total goals scored is 2.5. Before making any Orlando City SC vs. Portland Timbers picks, be sure to see the MLS predictions from soccer insider Brandt Sutton.

Sutton, a former collegiate soccer player, has been Spotrac's top soccer editor for nearly five years. He has followed soccer closely for much longer and factors in managerial tactics, projected lineups and past performances to make the most-informed decisions possible, keeping his finger on the pulse of the game all over the globe.

Sutton has also been on a roll with his best bets, going 12-5 in his last 17 picks overall and returning nearly $500 for $100 bettors who have followed his soccer picks.

Portland hasn't had too much trouble scoring, putting up five goals in its four matches. It was third in MLS in goals with 56 last season, but leading scorer is recovering from knee surgery and playmaker Sebastian Blanco has been used sparingly. Yimmi Chara has taken on a more prominent role in the absences of Blanco and franchise legend , who went back to to finish his career. Chara has two goals and an assist so far this season.

Portland came in with high expectations, so its start doesn't look impressive. However, the Timbers have a draw with Western Conference leader LAFC and handed Austin FC its only loss. The Timbers have the best home-field atmosphere in MLS, with the vocal Timbers Army an intimidating lot. They scored 35 of their 56 goals and got 11 of 17 victories at Providence Park last season. On the flip side, seven of Orlando's nine losses came on the road and it was minus-9 in goal differential.

The Lions have yielded just two goals in their four games, and both came in a 2-1 loss to on March 12. Peruvian goalkeeper has an 84.6 save percentage and hasn't faced a ton of shots. Orlando City opponents have put 13 of 47 shots on target, while Portland has allowed 71 total shots, with 21 on net. Gallese's three clean sheets tie him for the MLS lead. The team has seven points despite getting just four goals, so it should be confident.

It hopes facing a team that was shredded by Dallas last week will help get the offense going. The Lions hold the ball for more than 50 percent of their games, while Portland tends to sit back and counter. It keeps the ball just 44 percent of the time, sixth-lowest in MLS. Uruguayan striker Facundo Torres, 21, is an exciting young player and tallied his first goal last week against LA. Junior Urso and both had four goals last season and each has one this year.

Sutton has taken an in-depth look at Portland Timbers vs. Orlando City SC and locked in his best bets. He is leaning under 2.5 goals, and he's also locked in a stronger play on one side of the money line.He's only sharing his expert MLS picks at Spotrac.

Who wins Portland vs. Orlando City? And where does all the betting value lie? Visit Spotrac now to see the best bets for Orlando City vs. Portland, all from the soccer expert who has his finger on the pulse of the game all over the world, and find out.