Predicting the MVP for each AFC team, plus ranking the top 10 punters in the NFL entering 2022 season 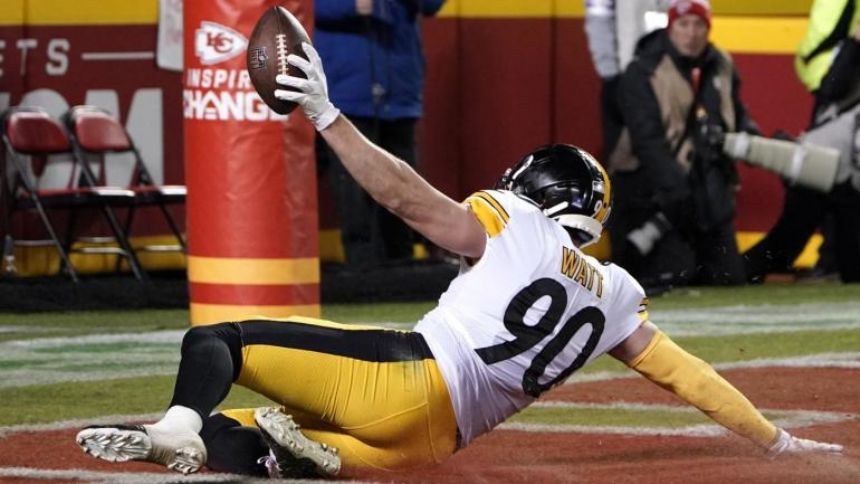 In news that no one cares about, I will be eating hot dogs for the next 17 days and that's mostly because I grilled roughly 75 more hot dogs than I actually needed for the Fourth of July yesterday. I feel like the easiest way to solve my hot dog problem would be to invite Joey Chestnut over for dinner tonight, but I'm not sure he's going to be in the mood to eat anymore after downing 63 to win the Nathan's hot dog eating contest yesterday.'

Anyway, this isn't a hot dog newsletter, it's an NFL newsletter, so let's get to the NFL stuff.'

During the NFL offseason, we like to spice things up each week on the Pick Six Podcast by adding a listener mailbag every Monday, well, except for this week. Since Monday was a holiday, you're getting a mailbag today!

Our mailbag episodes are pretty simple: We read listener questions during the show and then answer as many of those questions as possible. Questions can be about literally anything. I mean, today's mailbag includes a question from a listener who was wondering what I got Ryan Wilson for his birthday last week, which made me feel like a horrible person because I did not get Ryan Wilson anything for his birthday.'

Anyway, if you want to submit a question, all you have to do is go to Apple Podcasts (click here) and leave a five-star review that includes your question.'

Here's one question Will Brinson and I answered in today's mailbag.'

Q: Out of the six "starting" second-year quarterbacks -- Trevor Lawrence, Zach Wilson, Trey Lance, Justin Fields, Mac Jones, and Davis Mills -- which one do you think will be replaced by their team first?

A:'I think the obvious answer here is Davis Mills. The Texans can't seem to get out of their own way, they don't ever seem to do anything right, and Mills is playing quarterback for a coaching staff/front office that didn't draft him, which means if he struggles in 2022, I don't think they'll have any issues pulling the cord on his time in Houston. Mills is also the only player on this list who wasn't taken in the first round, which means the Texans won't face as much criticism for benching him (To put this in perspective, if Mills got benched in Week 5, most people would yawn, but if Trevor Lawrence got benched in Week 5, that would make headlines for weeks).'

My under-the-radar answer to this question is Zach Wilson. The Jets have actually put some decent weapons around him, and if he can't produce with his supporting cast, I could see them at least starting the process of looking around for other quarterbacks. Of the first-round quarterbacks, Brinson thinks the best answer is Justin Fields since he's also playing for a coaching staff/front office that didn't draft him.'

Anyway, to listen to the rest of the mailbag,'be sure to click here. You can also watch today's episode on YouTube by clicking here.

Of the five teams on our list, three of them made the playoffs last year and only one of them finished the 2021 season with a losing record. The most surprising team on the list might be the Bengals, who improved their roster immensely, which should probably scare the rest of the AFC considering this is the same Cincinnati team that was in the Super Bowl just five months ago.'

With that in mind, here's Bryan DeArdo's list of the top-five most improved teams entering the 2022 season:'

2. Chargers.'
Key additions: Khalil Mack, J.C. Jackson, Zion Johnson.'"Brandon Staley and the Chargers' front office addressed their biggest issue -- defense -- by trading for Mack, one of the NFL's premier inside linebackers, and forked over a hefty amount of money to acquire Jackson, who was arguably the top cornerback on the market."

4. Steelers.'
Key additions: Mitchell Trubisky, Kenny Pickett, Myles Jack, Levi Wallace, Larry Ogunjobi.'"One of Omar Khan's first big signings as GM was Ogunjobi, who if healthy will be an absolute bargain at one year and up to $8 million with incentives. Speaking of bargains, the Steelers were able to acquire two veteran defensive starters in Jack and Wallace for a total of $24 million over two years."

If you want to read DeArdo's full explanation for his rankings and why he ranked each team where he did, .'

As you may or may not have noticed, we've been ranking every position group in the NFL over the past few weeks, and believe it or not, we are finally down to our last position group: Punters. Obviously, we decided to save the best for last.

Anyway, let's get to our ranking of the top 10 punters.'

Finally, if you want a detailed explanation of my punter rankings, then .'

The NFL only hands out one MVP award every year, but we're slightly more generous around here, so we're going to hand out 16 of them today. Our Jordan Dajani decided to run through every team in the AFC and predict who is going to be the MVP for each team.

The fun part here is that Dajani didn't go through and pick the obvious choice for each team. For instance, the Ravens MVP isn't Lamar Jackson.'

So who is the Ravens MVP? And who made the cut for the other 15 teams in the AFC?

If you want a detailed explanation for why each of the players made the cut, . Coming later this week, we'll predict an MVP for each NFC team.'

Henry "Hank" Goldberg, one of the most iconic prognosticators in the history of sports media, passed away after a seven-year battle with kidney disease. Goldberg spent nearly his entire life on the radio or in front of a camera, and most of that time was spent making picks on NFL games and horse races. Goldberg was so fond of his job that even as his health was getting worse, he was still making picks until nearly the very end.'

Goldberg rubbed elbows with some of the most famous athletes of the past few generations. He was friends with Raiders owner Al Davis, Joe Namath. Chris Webber and Al Michaels. He also managed to build a friendship with one of the most reclusive athletes in history: Joe DiMaggio.'

If you wan to know more about Goldberg's fascinating life, you'll definitely want to . You can also see a video tribute to Goldberg by clicking here.'

It was a wild weekend in the NFL, and since it's nearly impossible to keep track of everything that happened, I went ahead and put together a roundup for you.'