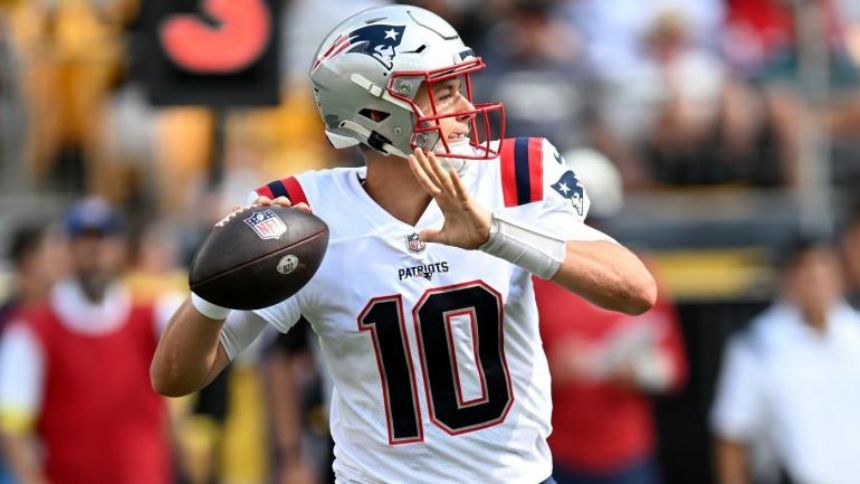 It was a good solid start for my picks last week -- which I will take considering how crazy Week 2 of an NFL season can be after the uncertainty of Week 1. Get-even week can be challenging.

The best bets should have been 4-1, but the Rams dozed off late and let the Falcons get the cover after dominating most of the game.

That happens. But if I can go 8-3 with the best bets every two weeks, I will take it.

This week features some great matchups, but it also features games where I think the line is a little out of whack. I think I can use that to keep the hot start going.

The Browns are coming off a terrible home loss to the Jets, while the Steelers did little on offense in losing to the Patriots. These division road games can be tough on a team on a short week. But the Browns haven't looked great so far this season. They will win it, but it's close.

The Saints are coming off a bad offensive showing against the Bucs, but the Panthers haven't exactly lit it up, either. The Saints defense will shut down Baker Mayfield and his offense in this one as Jameis Winston bounces back to play better. Saints take it.

The Texans are playing consecutive road games, and the offense was bad last week in Denver. The Bears offense hasn't been good yet. This should be a low-scoring game. But I think the Texans are the better team. They will win a defensive battle.

The Colts are a mess right now. They have a lot of injury issues, but it's the offensive line that is a major concern. The Chiefs have rolled up impressive numbers on offense, and will do so here. Look for another good game from Patrick Mahomes as the Colts stay winless.

This is one of the best games of the week, featuring two 2-0 teams that can score. The Bills are playing on the road on a short week, which is an advantage for Miami. But this Buffalo team is riding high. The Dolphins defense wasn't good last week. The Bills defense has been. That's the difference.

The Vikings were awful in losing to the Eagles'on Monday night. The plan was bad on both sides of the ball. But they will get back on track here. The Lions have played well so far this season, especially on offense, but this is their first road game. The Minnesota offense will play well since it's not a Monday night game, which happen to cripple Kirk Cousins. The Vikings take it.

The Ravens melted down in their loss to the Dolphins last week. The defense was terrible. But the Patriots haven't done much on offense this season. This is their home opener, so I think they will get it going. Pats go to 2-1.

The Bengals are staring 0-3 in the face if they lose to a Jets team coming off an impressive road victory over the Browns. The Bengals have started slow the past two weeks, but I think that changes in this game. Look for Joe Burrow to have a fast start and roll up some big passing yards. Bengals take it.

This a game featuring two 0-2 teams that badly need a victory. The Titans are playing on a short week after getting blown out by the Bills on Monday night. But the Raiders are coming off a brutal loss where they blew a big lead. The Raiders will be able to move the ball through the air against a so-so Titans pass defense, which will let them pull out a close victory.

The Eagles are flying high behind the play of Jalen Hurts. He has been outstanding as they've rolled to a 2-0 record. But this is a game on the road on a short week. The Commanders are coming off a tough loss, but I think they will hang around in this one. It's tight.

This is a long trip for a team that doesn't play well on the West Coast. The Jaguars defense against Justin Herbert is the treat for this game, as Jacksonville comes off a shutout of the Colts. The problem for Jacksonville will be if they get behind and the Chargers unleash their pass rushers. Chargers take it, but it's close.

Both teams are coming off victories last week to even their records. The Cardinals won with an amazing comeback, which could be the impetus to get them going this season. The Rams held off Atlanta to win, but they didn't look great doing so. Even so, they are the better team. The Rams defense stymies Kyler Murray.

The Falcons are playing a second consecutive road game on the West Coast, which is always trying -- even if they did stay out west. The Falcons battled last week to rally against the Rams, but came up short. The Seahawks were lifeless against the 49ers on offense. The Falcons will hang around because the Seahawks aren't great on offense, but Seattle will pull away late.

This is the likely the last Aaron Rodgers-Tom Brady game unless they meet in the playoffs. Those games are always a treat. The Tampa Bay offense isn't playing well with a lot of injuries, and this will be a tough game to try to get it going. The Tampa Bay defense has been really good. This should be a low-scoring game with the Packers pulling off an upset late.

This will be Jimmy Garoppolo for the 49ers against a Denver defense that played well last week. It's the Denver offense that has been a problem. They didn't do much last week against Houston, so what's to think they will against a good 49ers defense? San Francisco will win Garoppolo's first start of the season.

The Giants are 2-0 and tied for the division lead. They haven't looked great in getting there, but the record is what it is. The Cowboys won in Cooper Rush's first start as he played well. I think that carries over here. The Cowboys win on the road to go to 2-1.