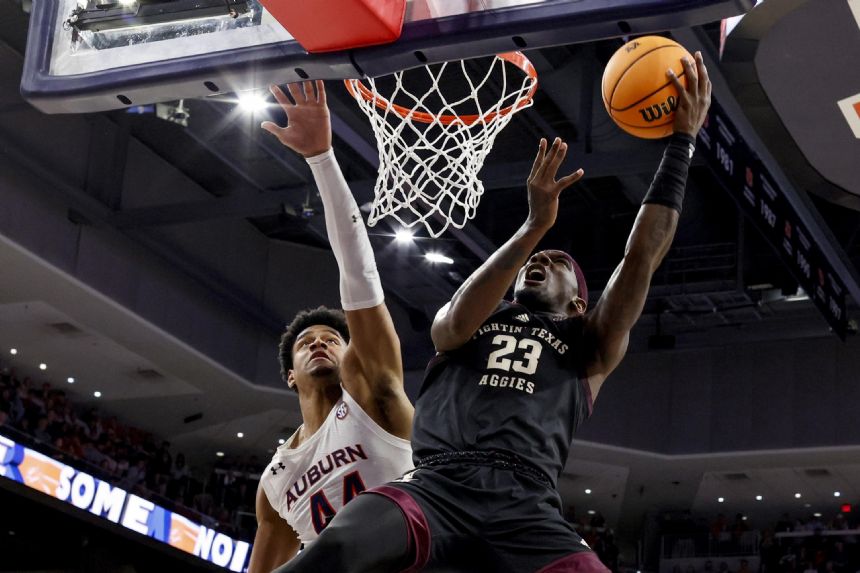 Wade Taylor IV made all three of his 3-point attempts in the first half and finished with 15 points on 6-of-9 shooting for the Aggies. Texas A&M had only made a combined six 3-pointers in its previous two games, but it matched that total inside the first 14 minutes and finished 7 of 19 from long range.

Johni Broome and Wendell Green Jr. each scored 16 points for the Tigers (16-4, 6-2), who had won five straight games overall.

The Aggies closed the first half on a 13-2 run. Auburn tried to rally but got no closer than eight points after halftime.

Texas A&M: The Aggies' strong start to SEC play has been built on a strong interior presence and team defense. Their hot shooting on Wednesday is a great sign for coach Buzz Williams' team moving forward.

Auburn: The end to the Tigers' win streak came with a familiar problem: defending high-scoring guards. Bruce Pearl's squad struggled to slow down strong backcourts in its previous three losses, and Radford and Taylor were superb on Wednesday.

Auburn: Visits West Virginia as part of the Big 12/SEC Challenge on Saturday.