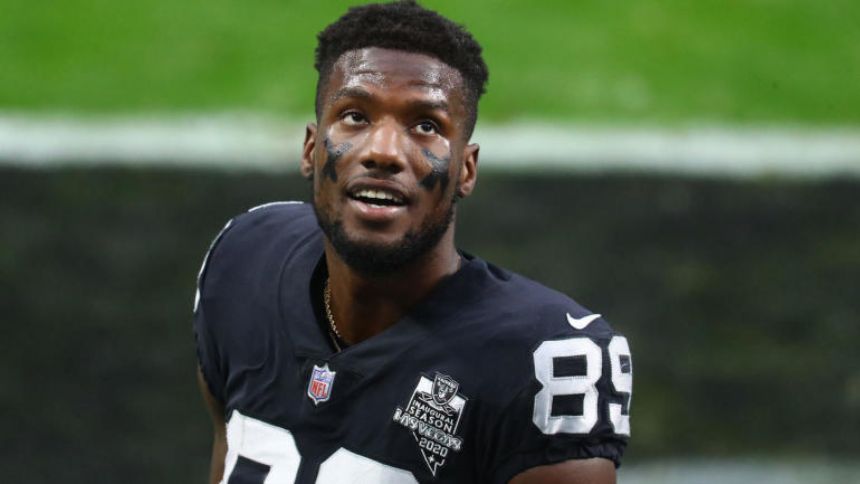 A third-round pick in the 2020 NFL Draft, Edwards caught 45 passes for 764 yards and four touchdowns during his two seasons in Las Vegas. In 16 games last season, Edwards caught 34 of 59 targets for 571 yards and three touchdowns while averaging 16.8 yards per catch. He caught three passes for 41 yards in the Raiders' wild-card playoff loss to the Bengals.'

The 6-foot-3, 212-pound Edwards went over the 80-yard receiving barrier three times last season. He played an integral role in the Raiders' playoff-clinching win over the Chargers in Week 18, as he caught four of five targets for 63 yards.'

Edwards played collegiately at South Carolina, where over four seasons he caught 234 passes for 3,045 yards and 22 touchdowns. He also returned 12 punts while averaging 11.6 yards per return.'