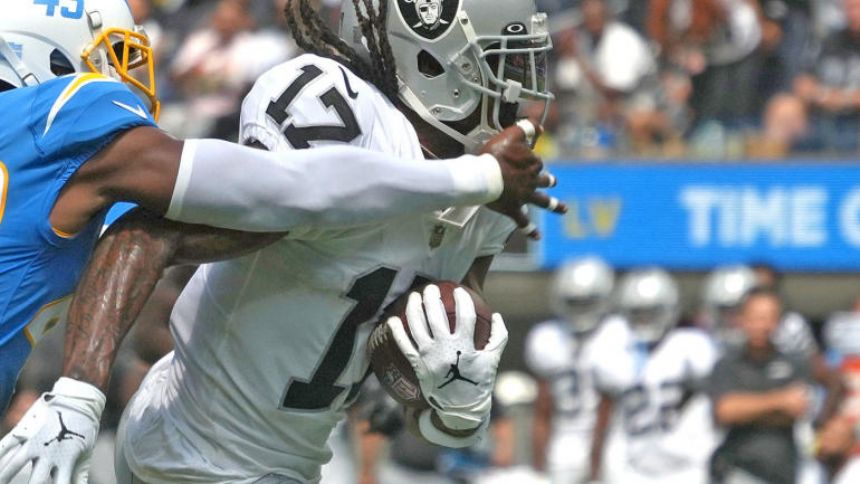 Derek Carr and Kyler Murray'will square off Sunday as both try to get their teams in the win column when the Las Vegas Raiders host the Arizona Cardinals'on Paramount+. The Silver and Black had a rough opening to the 2022 NFL season, falling 24-19 on the road to Justin Herbert and the Los Angeles Chargers. The game didn't go much better for the Cardinals, who were trounced at home by Patrick Mahomes and the Kansas City Chiefs. You can'stream the game in select markets on Paramount+.

Kickoff for Sunday's game from Allegiant Stadium in Las Vegas, Nevada is set for 4:25 p.m. ET. The Raiders are 5.5-point favorites in the latest Raiders vs. Cardinals odds from Caesars Sportsbook, and the over/under for total points is 51.5. Sunday's matchup can be seen live on AP and'streamed live on Paramount+ with their must-have Premium plan.

Paramount+ now has levels of membership so you can watch your local NFL on AP matchups and much more. The Premium Plan is $9.99 per month and you can watch your local AP live stream, including plenty of sports like SEC on AP, NFL on AP, and the PGA Tour, with no ads, on demand and the ability to download episodes for offline viewing. Both plans come with a free week to start and include the NFL on AP, so sign up now here.

Before tuning into Sunday's Raiders vs. Cardinals game, you need to see the NFL picks from SportsLine's advanced computer model. The model, which simulates every NFL game 10,000 times, is up more than $7,500 for $100 players on top-rated NFL picks since its inception. The model enters Week 2 of the 2022 NFL season on an incredible 139-98 run on top-rated NFL picks that dates back to the 2017 season.

For Raiders vs. Chargers, the model is picking Arizona to cover the spread. Arizona is hoping to have J.J. Watt back on Sunday after the star defensive end missed the season-opener against Kansas City. The Raiders gave up five sacks to the Chargers in Week 1 and quarterback Derek Carr served up three interceptions.

Raiders running back Josh Jacobs only ran the ball 10 times last Sunday, and the team put the ball on the ground three times. Expect a smoother game from Cardinals quarterback Kyler Murray, who found receiver Marquise Brown for a touchdown last week. The model says Arizona covers in nearly 60% of simulations and falls in a 27-25 final score.

Now that you know what to pick, get ready to watch your live local NFL on AP games on Paramount+ on any device you want.'Visit Paramount+ now to stream your live local AP sporting events, including the NFL, SEC on AP, and so much more.'