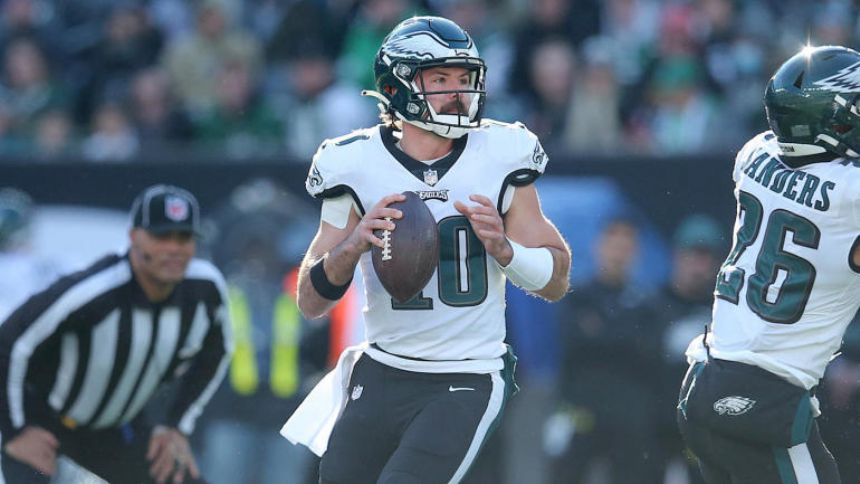 Quarterbacks are always the talk of the NFL, and this year, there is no shortage of star power at the position. Consider just the , a crop headlined by the ageless Tom Brady but chock-full of young, ascending play-makers. But what happens when the big names go down? Injuries take their toll every year, and unfortunately, that includes the QB position.

But which teams are best prepared to weather a loss under center? Here's a look at the best backups in the league:

Note: There are more QBs listed (33) than teams (32), because we expect at least one of either Baker Mayfield or Jimmy Garoppolo to be traded and assume a starting job before the 2022 season.

We're ranking recent high draft picks (since 2020) separate from the rest, only because they differ so much from career No. 2s. For example, if our starter went down, we might rather gamble on Jordan Love's upside than, say, Andy Dalton's experience. But we might also prefer the proven vet for a single important start or two. So here's how we'd rank the youngsters:

He appears to have the requisite swagger and mobility, but how quickly can/will he settle into the NFL?

It may be a challenge to separate him from the Falcons' rebuilding lineup. Will his confidence translate into consistency?

We've seen just one real game from him, and he's still developing his vision, but at 23, with good size and a legitimate arm, we still like his potential as a big-play passer.

Like Love, he's almost a total unknown, but he also possesses some freakish athletic qualities. In his case, it's not only the laser arm but the electric legs. In a pinch, those kinds of gifts can mask other flaws.

He's widely considered more of a safe than special prospect, but the guy did a lot of the little things well in and around the pocket at Pittsburgh, and he may well start for a playoff-caliber Steelers team as a rookie.

No, he's not Lamar Jackson, but he's a perfect substitute in Baltimore, where he's shown in limited sample sizes that he can throw confidently and create space on the ground. It's not such a bad thing to have an athlete as your emergency fill-in.

The best of the vets

New York is overpaying considering he's struggled to even stay healthy coming off the bench in recent years, and he's not particularly accurate despite a tendency for short-area passing. Still, he's been a serviceable starter before, and he can move.

He hasn't posted a winning record as a QB in'seven years. He still throws a lot of picks despite an increasingly "safe" approach. But you also can't teach 148 games of starting experience, and he's proven he can be OK with talent around him.

Like Taylor and Dalton, he's somehow managed to be both conservative and relatively inefficient during extended action. But he's adapted quickly in sudden career changes and shown, with the Colts, he can be borderline playoff-caliber with good support.

Keenum gets himself into trouble with his gunslinging style, but he also extends plays and wins over teammates the same way. A true journeyman after starting runs in Minnesota and Denver, he would've been a higher-upside backup plan for the 2022 Browns, who opted instead for Brissett as Deshaun Watson's likely suspension substitute.

Washington got the total Heinicke experience in 2022: energetic, exciting and mercurial. He's best suited for a run-heavy or short-area attack, but his moxie, mobility and willingness to try big throws make him one of the more enticing emergency starters.

The size and arm power might never be there, but this guy is a prototypical No. 2, oozing swagger, flashing athleticism and touting pretty downfield touch. In 27 career games with rebuilding Eagles and Jaguars teams, he's thrown 42 touchdowns to just 12 picks.

His disappearing act in 2021 is an indictment of the Bears, who preferred the pricier Andy Dalton as Justin Fields' predecessor. Foles and his big arm are volatile, and he needs protection up front. But few backup QBs have been more calm, collected and willing to make tight-window throws in crunch time when called upon.

He's never been more than a serviceable full-timer, offering a steady hand over big-time throws. But he's well-liked, generally accurate, mostly avoids killer turnovers and has guided several winning streaks in talented lineups. Most teams would love to have him in their locker rooms, so long as he's only stepping in under center for a select number of games.

He's still starting material. Yes, he's been on a rocky trajectory, going from bold to sloppy to underrated to battered in four years as Cleveland's guy. His ceiling may well be as the point guard for a run-heavy approach that takes pressure off his good but streaky arm. But there's no doubt, at 26, he still belongs somewhere for a final audition as a No. 1.

Like Mayfield, who figures to relocate before the start of the season, Jimmy G has so far maxed out as a mid-tier starter, thriving more when the burden is not on his arm but rather on the system in which he plays point guard. He's also really struggled to stay healthy. And yet, at his best, he's a prototypical pocket passer who can make all the throws with deep playoff experience.

These guys make up the majority of the backup QBs in the NFL and, to be frank, aren't separated by much. Sure, you can make the case for one over the other, but at the end of the day, you're especially hopeful they don't have to see extended action. They are listed roughly in order of preference: