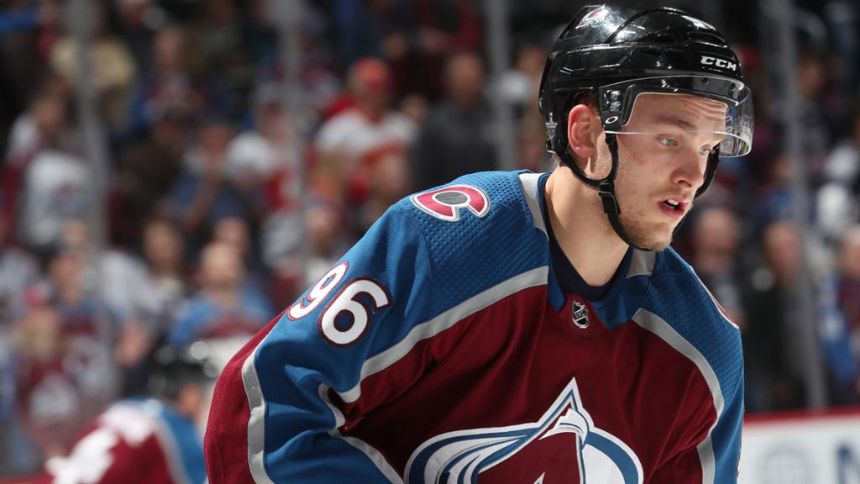 DENVER (AP) - Mikko Rantanen had a hat trick and an assist, Bo Byram scored in his return to the lineup, and the Colorado Avalanche beat the Nashville Predators 6-2 on Saturday night.

It was Rantanen's first hat trick of the season and the third of his career.

Cale Makar had three assists, but his goal-scoring streak ended at five games. He has seven goals and five assists in the last six games. Jonas Johansson had 26 saves for Colorado.

The Avalanche put pressure on Nashville goalie David Rittich from the outset, holding a 14-4 advantage in shots and a 2-0 lead after the first period.

Rantanen gave Colorado a 2-0 lead with a pair of power-play goals in the first. He completed the hat trick with his 10th goal of the season at 15:12 of the third period.

Luke Kunn got the Predators within 2-1 when he tipped a shot from Eeli Tolvanen at 4:44 of the second, but Byram's redirection of Landeskog's pass restored the two-goal lead at 6:14 of the second.

Byram, a 20-year-old rookie defenseman, missed the last six games after taking an inadvertent elbow to the head against Vancouver on Nov. 11.

Valeri Nichushkin scored his fifth of the season at 6:42 of the third period for Colorado.

Gabriel Landeskog and Mattias Ekholm have been teammates for Team Sweden, but that was put aside Saturday night. Ekholm and Landeskog went at it late in the second period after Landeskog drove the net and slid into Rittich. Ekholm grabbed him and dragged him away from the net. A scrum developed and Landeskog went after Ekholm, landing punches as Ekholm went down to the ice.

Landeskog, who had two assists in the win, got a 10-minute misconduct and two instigator penalties while Ekholm received an unsportsmanlike conduct minor.

NOTES: Colorado D Ryan Murray suffered a lower-body injury in the first period and did not return. ... Predators C Mikael Granlund had an assist to reach 400 points for his career. ... The Avalanche have scored 38 goals in their last seven home games and have gone 6-0-1 in those games.

Avalanche: Begin a five-game trip in Toronto on Wednesday night.