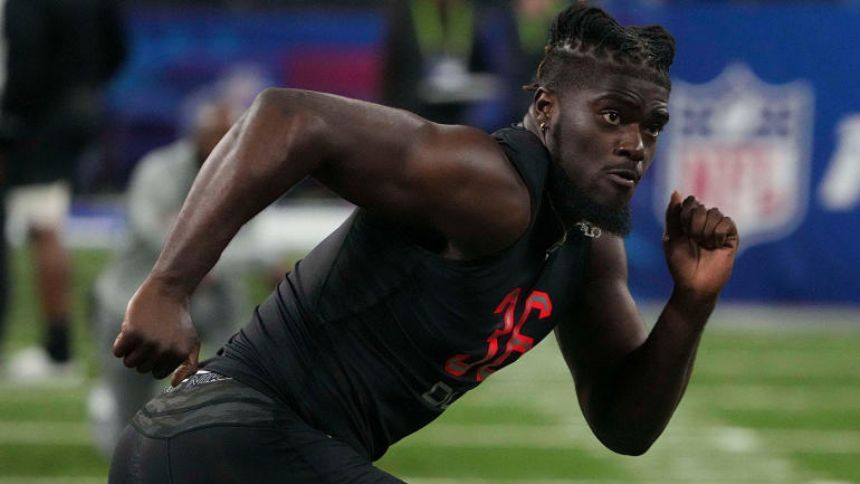 David Ojabo's name may one day be part of a trivia question about the NFL's 2022 rookie class. On Tuesday night, the Ravens' second-round pick became the final member of the league's reigning draft class to sign his rookie contract.'

The 22-year-old linebacker was the 45th overall pick in this year's draft. A native of Nigeria, Ojabo came to the Unitas States at 17, where he dipped his toes in basketball before switching over to football. Ojabo played his college football at Michigan, where he didn't become a starter until this past season.'

Ojabo made his final season at Michigan count. A consensus All-American last season, Ojabo tallied 11 sacks while helping the Wolverines clinch the Big Ten title. One of sacks came during Michigan's emotional victory over arch rival Ohio State, as the Wolverines defeated the Buckeyes for the first time in a decade.'

The 6-foot-5 defender is expected to help bolster a Ravens defense that finished 19th in the NFL in scoring last season. He will be part of a Baltimore defense that also includes Calais Campbell, Justin Madubuike, Odafe Oweh, Marcus Peters and Marlon Humphrey.'