Rays' smacks Isaac Paredes three homers against the Yankees, all by the fifth inning 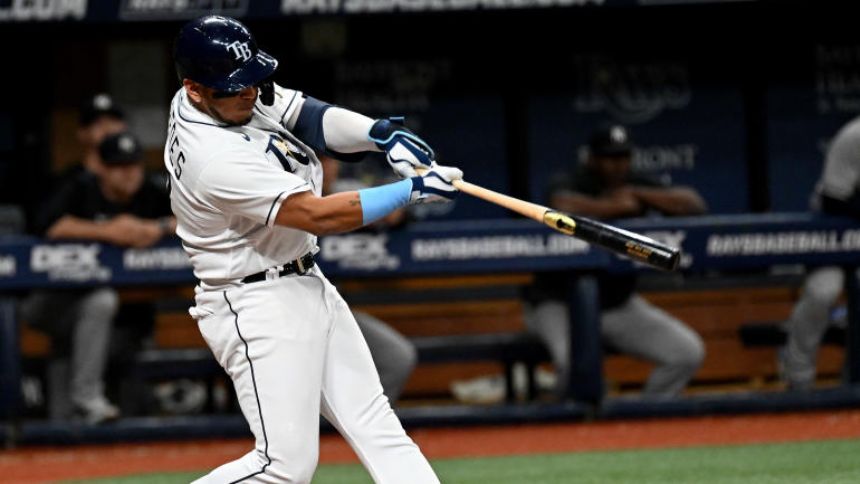 Tampa Bay Rays' infielder Isaac Paredes did big damage against the New York Yankees on Tuesday night, as he homered three times in the team's'5-4 win.

Paredes also made franchise history by becoming the first Ray/Devil Ray to hit three home runs in a game by the fifth inning. As Katie Sharp notes, Paredes is just the second player to accomplish the feat against the Yankees. The other was Mookie Betts in 2019. According to Baseball-Reference's Stathead database, Paredes' is the 638th three-homer game since 1900.'

Now for a look at Paredes' power display via the magic of color television. Here's No. 1 in the first inning off Nestor Cortes:'

Can we interest you in back-to-back jacks? pic.twitter.com/Q9I0aPHWgi

While we're at it, can we interest you in ANOTHER Isaac Paredes homerun? pic.twitter.com/vCch3OVxFJ

And then No. 3 came in the fifth off reliever Clarke Schmidt:'

His 3rd HR of the night, tying a franchise record ?? pic.twitter.com/5WcfKFcAFa

The all-time record for home runs in a game is four shared by 16 different hitters. In 2017, Scooter Gennett and J.D. Martinez became the most recent to achieve the feat.'

As for the 23-year-old Paredes, he entered Tuesday's tilt with just seven career MLB home runs in 87 games. Five of those, however, had come this season. Acquired from the Tigers just before Opening Day in exchange for Austin Meadows, Paredes has significantly increased his hard-hit rate and his fly-ball percentage. That means it's possible he's unlocked some power on Tampa Bay's watch. What's beyond dispute is that he very much unlocked some power on Tuesday night against a Yankee staff that had been baseball's stingiest when it comes to home runs allowed.'