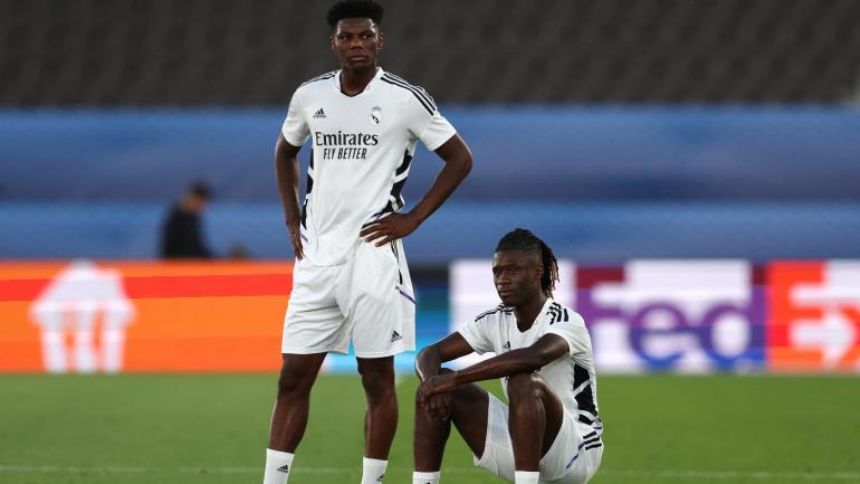 The 2022 UEFA Super Cup has arrived and the action kicks off Wednesday when faces on Paramount+. Los Blancos ended their last season at the top of the La Liga table and with a Champions League victory over , so they'll look to add another trophy to their collection with a win on Wednesday. The odds are stacked against Frankfurt, which is coming off a 6-1 defeat to Bayern Munich in their Bundesliga opener last Friday. Will Real Madrid continue dominating every team that stands in their way, or will Eintracht Frankfurt pull off a surprise upset? You can see what happens when you'stream all the action here on Paramount+.

Kickoff at Helsinki Olympic Stadium in Helsinki, Finland is set for 3 p.m. ET on Wednesday. Real Madrid is the -275 favorite on the 90-minute money line in the latest Real Madrid vs. Eintracht Frankfurt odds from Caesars Sportsbook. Frankfurt is the +550 underdog and a draw is priced at +340. The Over-Under for total goals scored is 2.5. Wednesday's match will be streamed live on Paramount+ here with their must-have Premium plan.

Paramount+ is the only place to stream every minute of the 2022 UEFA Super Cup. You can quickly and easily sign up for your very own account right now and receive a 7-day free trial. Just click on the "try it free" button for instant access to the best men's soccer -- UEFA Champions League, UEFA Europa League, UEFA Conference League and more -- across all your devices. Start streaming here.

Before you tune in to Wednesday's match, you need to see the UEFA Super Cup picks from soccer insider Martin Green. After working in the sports betting industry for several years, Green became a professional sports writer and handicapper and has covered the game worldwide. Since then, his European soccer picks have been stunningly accurate. Green has generated almost $35,000 for $100 bettors since the 2017-18 season, and he has his finger on the pulse of the game all over the globe.

For Real Madrid vs. Eintracht Frankfurt, Green is picking Real Madrid with an Asian Handicap at -1.25. The expert knows Los Blancos may be a little rusty since their season hasn't started yet and their last club friendly was on July 30, but he still sees them as the superior club next to the Bundesliga squad.

"[Frankfurt] are not exactly European heavyweights, and they have not even finished in the top-four of the Bundesliga since 2012," Green told SportsLine. "Meanwhile, Real Madrid won La Liga with ease last season. It also beat , , and Liverpool en route to securing Champions League glory, so there is a vast gulf in quality between these teams."'Stream the match now here.