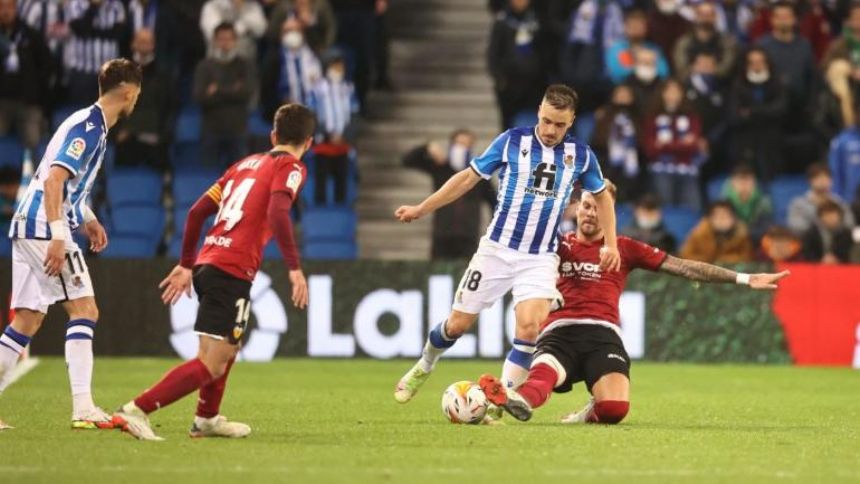 will look to continue its winning ways versus when the two meet in a La Liga clash on Wednesday. Real Sociedad (11-8-6) has won four straight games against Mallorca (6-8-11) with all four being clean sheet victories. Mallorca is hoping for a different result this time around and it needs a win in the worst way as it sits in 16th place in the La Liga table, two spots clear of the relegation zone. Real Sociedad is seventh in La Liga but just four points behind the fourth-place spot, which would qualify it for next year's Champions League.

Kickoff is set for 3 p.m. ET from Visit Mallorca Stadium. Caesars Sportsbook lists Real Sociedad as the +150 favorite (risk $100 to win $150) on the 90-minute money line in the latest Mallorca vs. Real Sociedad odds, with Mallorca as the +215 underdog. A draw is priced at +200 and the over-under for total goals scored is 2.5. Before you lock in any Real Sociedad vs. Mallorca picks, see the La Liga predictions from soccer insider Brandt Sutton.

Sutton, a former collegiate soccer player, has been Spotrac's top soccer editor for nearly five years. He has followed soccer closely for much longer and factors in managerial tactics, projected lineups and past performances to make the most-informed decisions possible, keeping his finger on the pulse of the game all over the globe.

Now, Sutton has broken down Mallorca vs. Real Sociedad from all sides and just locked in his picks and La Liga predictions. You can head to Spotrac now to see his picks. Here are the betting lines and trends for Real Sociedad vs. Mallorca:

Outside of a 4-0 thrashing at the hands of Athletic Bilbao on Feb. 20, Real Sociedad is unbeaten over its last seven domestic league games. It has three wins and three draws over that span and bounced back from that Athletic Bilbao loss with a 1-0 victory over in its last game. Imanol Alguacil's side is one of the best defensive teams in La Liga as just two other clubs have allowed fewer goals than Real Sociedad (25).

Real Sociedad is led up front by Spanish striker , who leads the team with eight goals and is tied for the lead with two assists. He is supported by Aritz Elustondo and Alexander Isak, who each have four goals on the year. Real Sociedad should have little trouble running through a Mallorca defense that hasn't posted a clean sheet in 11 straight games.

After beginning the La Liga season with just four wins through its first 21 games, Mallorca has won two of its last four outings entering play on Wednesday. The club used two penalty kicks to knock off Cadiz 2-1 on Feb. 5 and then shocked an Athletic Bilbao squad 3-2 on Feb. 14. Bilbao sits in eight in the La Liga table -- and just one spot behind Real Sociedad -- showing what Mallorca can do when it plays to its full abilities.

Mallorca has experienced more success at home, which gives it hope for Wednesday. It has a plus-one goal differential at home, which may not seem like much, but is drastically improved over its minus-17 goal differential in road contests. That overall differential of 18 goals is the second-largest for any La Liga team as the supporters in Visit Mallorca Stadium really get behind the home team. Mallorca has won three out of its last four games in all competitions in the stadium while outscoring opponents 7-5 over that span.

Sutton has taken an in-depth look at Mallorca vs. Real Sociedad and locked in his best bets.He's only sharing his expert La Liga picks at Spotrac.

Who wins Real Sociedad vs. Mallorca? And where does all the betting value lie? Visit Spotrac now to see the best bets for Mallorca vs. Real Sociedad, all from the soccer expert who has his finger on the pulse of the game all over the world, and find out.