Remembering Tony Siragusa after death of Super Bowl winner at 55, plus Patriots bringing back red jerseys 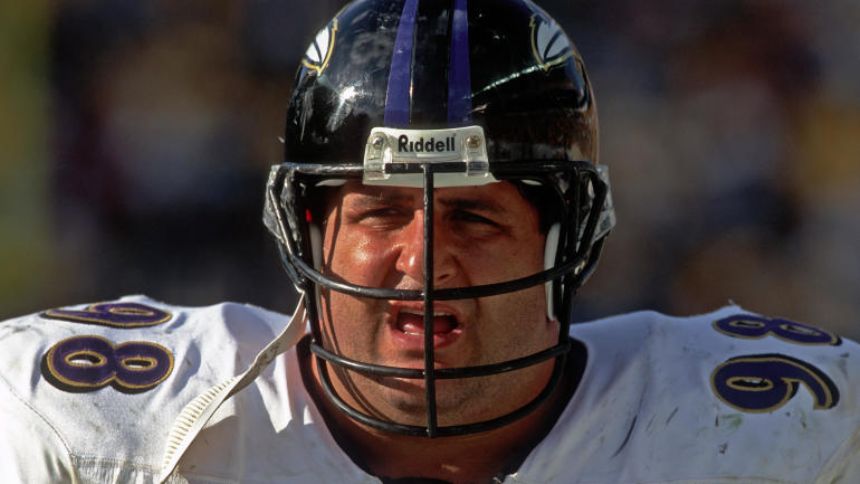 Welcome to the Thursday edition of the Pick Six newsletter.'

It's been a rough 24 hours for the Baltimore Ravens. Not only did Jaylon Ferguson , but just hours later, Ravens legend . The 55-year-old had one of the most vibrant personalities in NFL history and we'll be reflecting on his life in today's newsletter.'

With that in mind, let's get to the rundown.'

The Pick Six podcast is usually hosted by Will Brinson, but he's on vacation this week, which means we're getting another guest host today. I actually served as the guest host for the past two days, but I have retired from guest hosting, so we had to find someone else for today's show and that someone was Ryan Wilson.'

For today's show, Wilson was joined by Patrik Walker and the two of them spent a good hour going over Walker's ranking of the top 10 running backs for the 2022 season.

Here's a look at Patrik's ranking of the top 10 running backs:'

One of the most fascinating names on the list is Elliott. Although Elliot's numbers haven't been great in the past two seasons, he did go over 1,000 yards last season AND he scored 10 rushing touchdowns, which was the sixth-most in the NFL. '

"I'm not a fan of making decision on the field based upon their contracts, but it's still his throne here in Dallas," Walker said of Elliott. "He's shown me that even when he's not completely healthy, he can still produce at a high level."

Walker also pointed out that Elliott could end up playing a huge part in the Cowboys' passing game, at least early in the season. With Amari Cooper and Cedric Wilson gone, plus Michael Gallup recovering from injury, Dak Prescott might throw Elliott a few more passes than he normally would as he gets adjusted to his new group of receivers.'

If you want to hear Patrik explain his entire rankings, then'be sure to click here'so you can listen to today's show. On the other hand, if you want to see how today's podcast played out on video, you can watch today's episode on YouTube by clicking here.'

If you don't feel like listening or watching the podcast today, you can .'

One of the biggest personalities in the history of the NFL, Tony Siragusa, . The former defensive tackle spent 12 years in the NFL and ended up winning a Super Bowl ring in 2000 with the Ravens.'

Let's take a look back at Siragusa's life and career:'

Siragusa was also one of the reasons that "Hard Knocks" took off as a TV show. Back in 2001, the Ravens were the first team ever featured and Siragusa ended up stealing the show. If you click here, you can see a clip of time where Siragusa locked Shannon Sharpe and the other Baltimore tight ends in their meeting room.'

The Goose was 55 and his cause of death is still being investigated.'

It's not often that you see the NFL commissioner testifying at a congressional hearing, but that's exactly what happened on Wednesday. For roughly 90 minutes yesterday, Roger Goodell was forced to answer questions under oath about the workplace misconduct allegations that have been made against the Washington Commanders.'

The House Oversight Committee was also hoping that Daniel Snyder would answer questions under oath, but he was unable to attend because he was hanging out on his super yacht in France.'

Here's a brief look at what went down on Wednesday:'

With Snyder now being subpoenaed, this case doesn't seem like it will be going away any time soon. It will be interesting to see if Congress can actually get the Commanders owner to testify under oath.'

As you may or may not have noticed, we love to rank things here at APSports.com, and because of that, we thought we would spend the next few weeks ranking every position group heading into the 2022 season.'

After ranking the NFL's top 10 offensive tackles on Wednesday, we're going to move inside and rank interior offensive linemen for today. They don't get as much glory as offensive tackles, but they're still important.'

The top 10 list below was put together by Jeff Kerr, and if you'd like to tell him how perfect it is, you can do that by clicking here. That link will take you to his Twitter profile, where you can also argue with him if you don't like his list.'

One thing that's interesting about this list is that it shows how much teams value tackles over interior linemen. When a team has an All-Pro-caliber tackle, there's almost no chance they're going to let that tackle get away. However, that's not so much the case with interior lineman. Since the start of the 2021 season, we've seen four of the 10 players on this list change teams (Linsley, Mason, Thuney and Scherff). Another interesting part of this list is that two of the players who have changed teams in the time span are former Patriots (Thuney, Mason).'

If you want a detailed explanation of Kerr's rankings, then be .'

After a 10-year hiatus, the Pat Patriot helmet and New England's red uniforms are both making a comeback this season. The team announced on Wednesday that the uniform combo will be returning for at least one game in 2022.'

Here's'everything you need to know'about the return of one of the throwback uniforms in the NFL (You can see several pictures of the red jersey along with the Pat Patriot helmet by clicking here).'

The Patriots are the third team this offseason to unveil an alternate helmet. The other two teams are the Saints () and Falcons (). According'to UniWatch, there could be as many as 15 teams that end up wearing an alternate helmet for at least one game.'