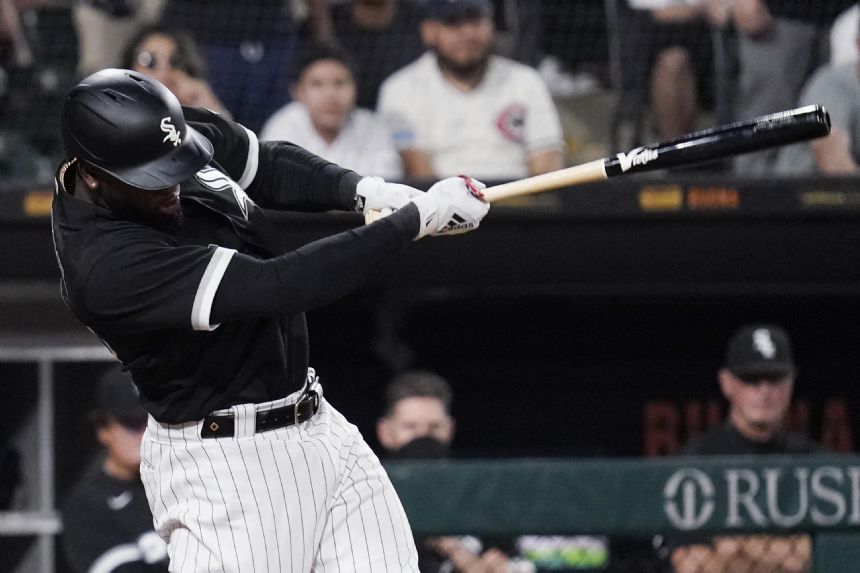 The Yankees, with the best record in the majors, had slugged away for a total of 25 runs in taking the first two games of the series. They rallied for the tying run in the ninth inning, but a baserunning mistake cost them a chance to score more.

With one out in the Chicago ninth, Tim Anderson singled and Yoan Moncada walked against Chapman (0-1). Robert followed with his big hit to right, setting off a lively celebration on the field.

Moncada homered and Dallas Keuchel threw five shutout innings for the White Sox, who have won eight of 11.

Anderson finished with three hits and Moncada and Robert added two apiece for the White Sox, who improved to just 2-9 against the Yankees since June 15, 2019.

The Yankees scored a run in each of the last two innings.

New York ended the shutout on three consecutive singles off Joe Kelly in the eighth. Giancarlo Stanton's one-out single cut the lead to 2-1 to chase Kelly. Liam Hendriks (1-2) struck out Josh Donaldson and Gleyber Torres to end the inning.

The Yankees put runners on second and third with no outs in the ninth. Kyle Higashioka lifted a sacrifice fly to make it 2-all, but Isiah Kiner-Falefa was thrown out on the play as he tried to advance to third.

Keuchel gave up four hits, struck out three and walked three. The Yankees loaded the bases on a single and two walks against the left-hander in the fifth before Anthony Rizzo grounded out to end the inning.

Stanton had three hits for the Yankees. He had homered in each of his three previous games.

Aaron Judge went 1 for 3 after he homered in the last two games for the Yankees.

Yankees starter Jordan Montgomery allowed two runs and six hits in 4 1/3 innings, striking out four and walking a season-high three. The left-hander had allowed no more than two runs and no walks in each of his previous three starts.

Moncada homered on the first pitch in the third inning for his second drive in three games. He was activated from the injured list Monday.

The White Sox went ahead in the first inning when Anderson singled, advanced on a groundout and scored on Robert's single.

White Sox: OF Eloy Jimenez (torn hamstring tendon) continues to have good results, manager Tony La Russa said, but he didn't have a timeline for Jimenez to begin a minor-league rehab assignment. "Everybody believes his progress is really impressive," La Russa said. "But there is a certain buildup in the muscle that has to happen, and you just can't fast forward that." ... RHP Lance Lynn (right knee surgery) could start facing hitters after he throws at least one more bullpen, La Russa said. Lynn is expected to pitch in a game by early June.

LHP Nestor Cortes (1-1, 1.41 ERA) will start for the Yankees on Sunday. He held the Rangers hitless through seven innings Monday, striking out 11. RHP Michael Kopech (0-0, 0.93) will take the mound for Chicago in the series finale.