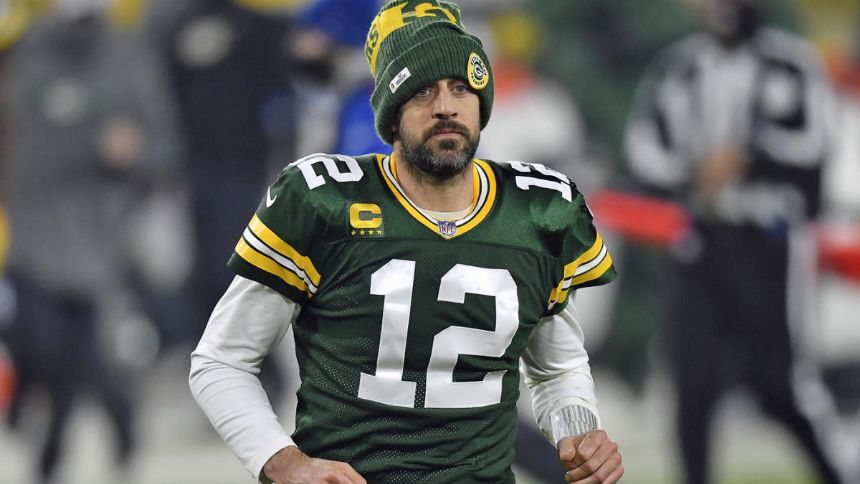 GREEN BAY, Wis. (AP) - Green Bay Packers quarterback Aaron Rodgers says the off week has assisted him in his recovery from a toe injury, though it's still painful enough to keep the reigning MVP from practicing.

Rodgers wasn't on the practice field Wednesday as the Packers (9-3) prepared for their Sunday night home game with the Chicago Bears (4-8). He practiced just once before a Nov. 21 loss at Minnesota and didn't practice at all before a Nov. 28 victory over the Los Angeles Rams.

"I feel good these two weeks are going to give me a real good chance to get a lot of the healing done," Rodgers said Wednesday. "We're so far out now from the initial injury that I'd like to think that any damage I might do on Sunday will pale in comparison to the healing that's been done the last couple weeks."

Rodgers says he fractured his pinky toe while working out at home during his quarantine last month after testing positive for COVID-19.

But the lack of practice time due to the injury hasn't limited his effectiveness on Sundays.

"For him, picking up a football and throwing it, you can see it right away when we go out there in pregame warmups, it's like riding a bike," Packers coach Matt LaFleur said.

Rodgers, who turned 38 last Thursday, went 23 of 33 for 385 yards and four touchdowns at Minnesota. He followed that by going 28 of 45 for 307 yards with a pair of touchdown passes against the Rams. He didn't throw an interception in either game.

The toe injury hasn't even had any notable impact on his running ability. Rodgers had a 1-yard touchdown run against the Rams and a season-long 18-yard carry at Minnesota.

"As far as being able to move around, I've been fortunate enough to have very little pain on game day," Rodgers said. "And obviously there's things the team can do to alleviate your pain, but I've been fortunate to enjoy some really good weeks of healing and feel good, and then obviously at some point during the game or after the game, I'm in a lot more pain."

The Packers' quarterback depth has taken another hit this week with backup Jordan Love going on the reserve/COVID-19 list. The only other quarterback on the roster is Kurt Benkert, though the Packers signed Danny Etling to the practice squad Tuesday.

Rodgers didn't know how many more weeks he might have to deal with limited practice time due to the injury, though he said the extra rest he got during the off week should help in that regard.

"I've got to see how it reacts on Sunday when I get back out there and play," Rodgers said. "But this was really, really positive - the time to heal and not doing anything for now going on 10 days. That's been really, really helpful. So we're hoping that we can get on the other side of this."

The Bears often have brought out the best in Rodgers, who yelled "I still own you!" to the Soldier Field crowd after his fourth-quarter touchdown run in a 24-14 victory at Chicago on Oct. 17.

Green Bay has gone 22-5 against the Bears in games that Rodgers has started. One of those five losses came when an injury knocked him out of the game after the Packers' opening series.

Rodgers said Wednesday he grew up as a Cubs and Bulls fan, as he noted his appreciation of Greg Maddux, Harry Caray and Michael Jordan. The native of Chico, California, added that he "wasn't a big Bears fan" and instead grew up rooting for the San Francisco 49ers and later the Kansas City Chiefs because he admired Joe Montana.

But he still appreciates the Packers-Bears rivalry and has enjoyed the role he has played in shifting the balance of power.

"If you're a lover of sports history, the names that have played on both sides in this thing for 100 years is pretty special," Rodgers said. "So it's fun to be a part of it. Just like anything in this league, I've been really fortunate to be a part of this stretch in time, but this rivalry existed long before I got here, and long after I'm done playing it's going to keep on going. It'll be fun to keep an eye on.

"I feel good about being able to leave this at some point with us ahead, which you never know, it's been an ebb and flow in this rivalry, and it's been fun to get back ahead in the all-time series."

NOTES: CB Jaire Alexander returned to practice Wednesday as the 2020 Pro Bowl selection gets closer to a return from a shoulder injury that has him on injured reserve. Alexander hasn't played since Oct. 3. ... OT David Bakhtiari (knee) and WR Randall Cobb (core) didn't practice.