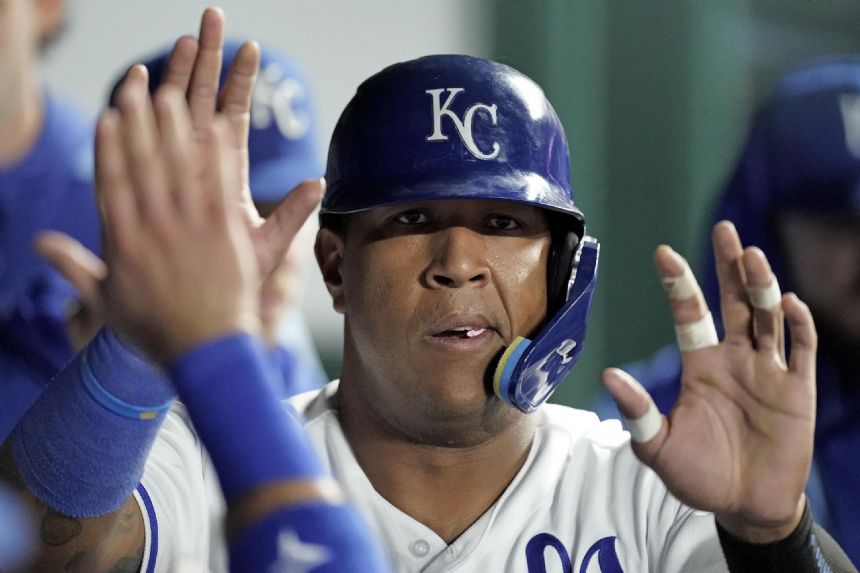 Daniel Lynch allowed two runs on four hits over four shaky innings before giving way to the Kansas City bullpen, which was solid for the second consecutive night. Anthony Misiewicz (1-1) and three other relievers got the ball to Scott Barlow, pitched around an error in the ninth for his second save in as many nights and 23rd on the year.

Bailey Ober (1-3) allowed three runs on seven hits and a walk over five innings for Minnesota, which was in an AL Central race two weeks ago but has lost six of seven to begin an eight-game trip that's dashed its playoff hopes.

The Royals opened the game the same way they finished the previous night: with production at the top of the order.

Melendez, who hit a two-run homer in the series opener, homered leading off the game for the third time this season, driving a 3-1 pitch an estimated 437 feet to center field. And after Bobby Witt Jr. reached on a base hit, Salvador Perez blooped an RBI double to right that was sneakily reminiscent of his two-out, go-ahead double on Tuesday night.

Minnesota got one back in the second on Matt Wallner's base hit, and when the Royals answered on Edward Oliveras' two-out single in the third, the Twins again closed within a run thanks in part to a two-bag error by Vinnie Pasquantino.

That was it for the Twins, though, because the stars of the night came out of the Kansas City bullpen.

Collin Snider worked around a two-on, no-out jam in the fifth. Misiewicz retired four of the five he faced in the sixth and seventh. Dylan Coleman handled the rest of the seventh and the first two outs of the eighth. And Amir Garrett finished that one off before Barlow wrapped up the Twins' 13th loss in their last 16 games.

Moore said farewell to the Royals during brief remarks at Kauffman Stadium earlier Wednesday and spent an emotional few minutes visiting with players in the clubhouse. Many of them acknowledged the somberness of the moment. Moore had led the organization for the past 16 years as general manager and president of baseball operations.

"He's such a great guy. A great person," Perez said. "I just old him, 'Thank you for everything.' I love him."

RHP Josh Winder (4-4, 4.17 ERA) will face Kansas City for the first time in the final game of the road trip for Minnesota on Thursday. Royals RHP Jonathan Heasley (3-8, 5.09) will try to build on 6 2/3 scoreless innings in his last start at Boston.