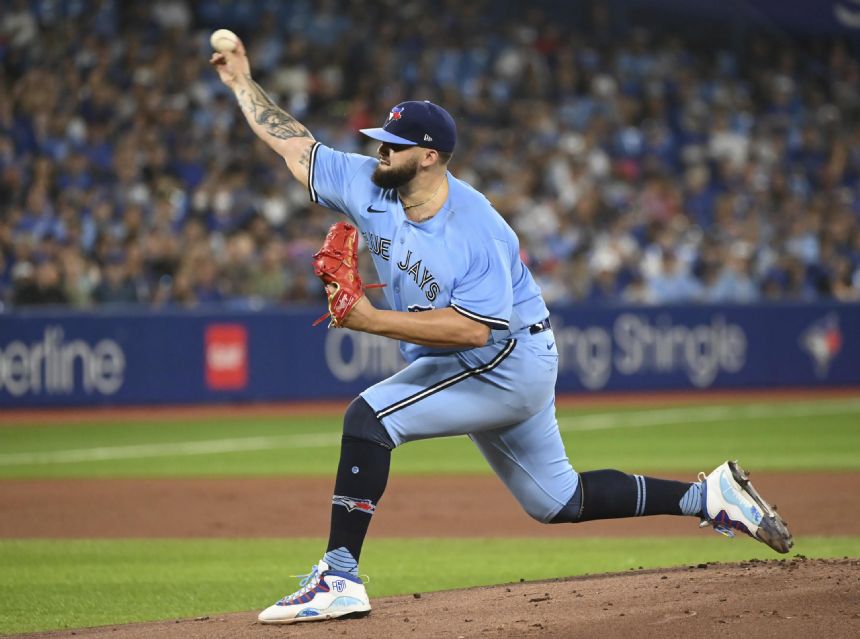 Jesus Aguilar hit a solo homer as Baltimore (76-69) won for the second time in its past eight meetings with Toronto (83-64). Rutschman went 2 for 3 with two walks.

Springer thought he had connected for a tying homer, but drive to center hit off the wall. Cavan Biggio scored after reaching on a two-out walk.

Vladimir Guerrero Jr. walked but Bautista got Bo Bichette to ground out, ending the game.

Guerrero and Danny Jansen hit solo homers for the Blue Jays, who maintained their position atop the AL wild card standings.

Baltimore trailed 3-2 before rallying in the ninth against Jordan Romano (5-4). Pinch-hitters Kyle Stowers and Ramon Urias singled and Cedric Mullins walked before Rutschman lined a two-run single to left.

Anthony Santander grounded into a double play, advancing Mullins to third, and Aguilar made it 5-3 with a base hit to right.

The blown save was Romano's fifth.

Baltimore turned a triple play to get right-hander Dean Kremer out of a jam in the third. It was its first since Aug. 3, 2017, against Detroit, and No. 15 since becoming the Orioles in 1954.

Springer was hit by a pitch to start the inning. Guerrero walked and Bichette opened the scoring with an RBI single to left, putting runners at first and second.

Matt Chapman followed with a liner right at shortstop Jorge Mateo, who flipped to second baseman Terrin Vavra to double off Guerrero. Vavra promptly fired the ball to first baseman Aguilar to retire Bichette before he could dive back to the bag.

It was the 10th time the Blue Jays have hit into a triple play since joining the AL in 1977. The New York Yankees turned a triple play against Toronto on June 17, 2021.

Jansen homered off Kremer in the fourth, his 13th. Guerrero hit a two-out drive off Dillon Tate in the seventh, his 29th.

Springer stayed in the game after being hit on the left elbow, briefly leaving the dugout between at-bats. He appeared uncomfortable after making contact on an infield popup in the fifth and struck out swinging in the seventh.

Kremer allowed two runs and four hits in 5 2/3 innings. He struck out three and walked five, matching his career-worst.

Orioles: 1B Ryan Mountcastle (sore left elbow) was held out of the starting lineup. Mountcastle left Saturday's game after being hit by a pitch from Jose Berrios.

Blue Jays: C Alejandro Kirk (left hip) sat for the fifth straight day but is expected to be ready to return Tuesday. The Blue Jays are off Monday. With Kirk out, Jansen caught Manoah for the first time this season.