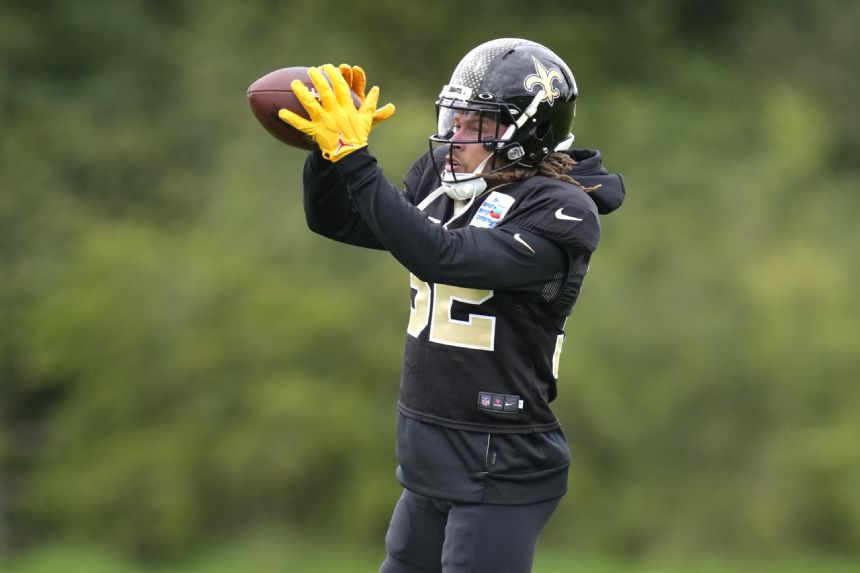 OPENING LINE: Vikings by 2 1/2, according to FanDuel SportsBook.

TURNOVER DIFFERENTIAL: Vikings: even; Saints minus-6

VIKINGS PLAYER TO WATCH: WR Justin Jefferson, who grew up just outside New Orleans, leads Minnesota in receiving with 18 catches for 246 yards and two TDs.

KEY MATCHUP: Dynamic Vikings running back Dalvin Cook against the Saints' defensive front. Cook leads the Vikings with 203 yards rushing and possesses the versatility to be an effective receiver out of the backfield. The Saints are trying to shore up their run defense after giving up 145 yards or more on the ground in two of their first three games.

SERIES NOTES: Minnesota leads the regular- season series 19-12, but New Orleans has won the past two regular-season meetings. These teams have met five times in the NFC playoffs, with the Vikings winning four. But the Saints' lone postseason win against the Vikings sent New Orleans to its only Super Bowl at the end of the 2009 season.

STATS AND STUFF: Vikings QB Kirk Cousins passed for 260 yards and two TDs without an interception last week. ... Cook rushed for 96 yards and scored his 40th career TD rushing in Week 3. Cook has averaged 117.3 scrimmage yards per game in three games against the Saints. ... Jefferson has five or more catches in five of his past six games. He had six catches for 85 yards in his previous game against New Orleans. Jefferson's 3,262 career yards receiving are the most of any NFL receiver since the 2020 season. ... WR Adam Thielen had his 50th career TD catch in Week 3, becoming the fourth undrafted player since 1967 with 50 TD catches. Thielen caught eight passes for 97 yards and a TD in his most recent game against New Orleans. ... LB Za'Darius Smith is tied atop the NFL with five tackles for loss. ... Winston passed for 353 yards in Week 3, his 14th-career game with 350 or more yards passing. Winston passed for 400 yards in his only career start at Tottenham Hotspur Stadium when he was with Tampa Bay in Oct. 13, 2019. ... RB Mark Ingram scored his first TD rushing of the season last week and has 65 career TDs rushing, second-most among active players. ... DE Cameron Jordan had his first sack of the season last week and has a tackle for loss in six straight games, the longest active streak in the NFL. ... The Saints are 2-0 in games played in London, both at Wembley Stadium. They defeated the Chargers in 2008 and the Dolphins in 2017, both with Drew Brees at quarterback and Sean Payton as coach.

FANTASY TIP: The versatile Alvin Kamara has yet to have a big game this season, but could be a matchup problem for a Vikings defense that ranks in the bottom third of the NFL in both the run and pass. Kamara also will be seeking redemption after his fumble was returned for a touchdown last week.