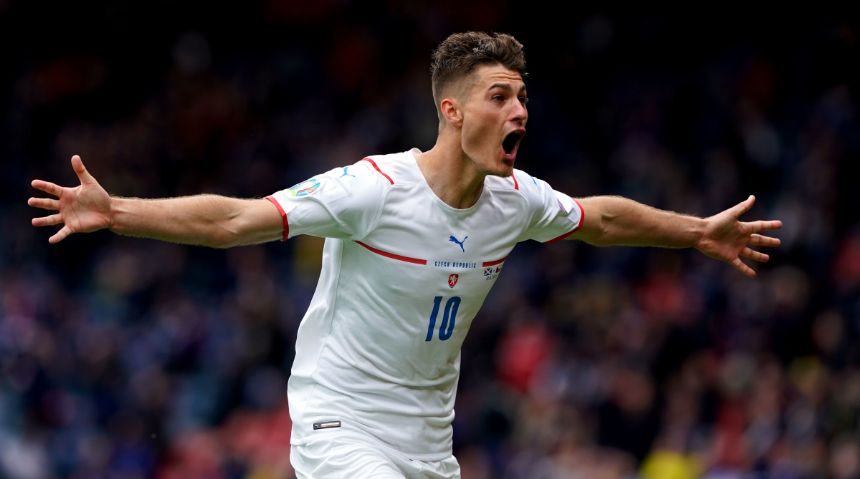 Schick already won the European Championship goal of the tournament award for his chipped shot from near the halfway line against Scotland.

Bicycle kicks by Luis Diaz for Colombia at the Copa America and Mehdi Taremi for Porto in the Champions League are also among 11 contenders for the annual FIFA prize to be voted best goal in world soccer over the past year.

The candidates included goals scored from distance in women's leagues in Ghana, Mexico and England. They were scored by, respectively, Sandra Owusu-Ansah, Daniela Sanchez and Caroline Weir.

A scorpion kick was scored in the Bundesliga by Valentino Lazaro, and solo dribbles were finished by Vangelis Pavlidis in the Netherlands league, Gauthier Hein in the French second tier and Riyad Mahrez in an Africa Cup of Nations qualifying game.

None of the candidate goals were scored in a game in Asia.

Voting is by two FIFA-appointed panels of former players and fans worldwide.

The winner is announced Jan. 17 at an online ceremony in Zurich for the FIFA Best awards.