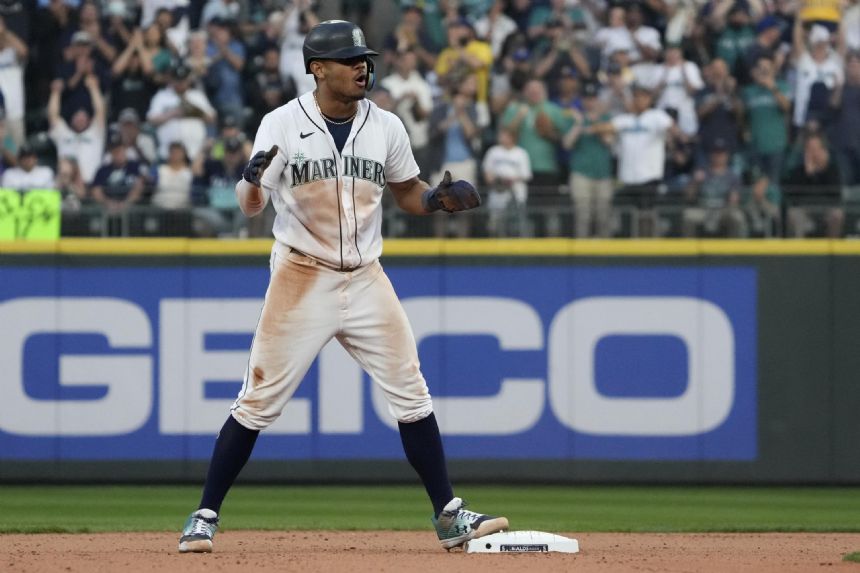 NEW YORK (AP) - Seattle center fielder Julio Rodriguez was voted American League Rookie of the Year on Monday after hitting .284 with 28 homers, 75 RBIs and 25 stolen bases in helping the Mariners reach the postseason for the first time since 2001.

The 21-year-old received 29 of 30 first-place votes and one second for 148 points from a Baseball Writers' Association of America panel.

Baltimore catcher Adley Rutschman was second with 68 points, getting the other first-place vote, 18 seconds and nine thirds.

Voting was conducted before the postseason; Pena was voted MVP of the AL Championship Series and World Series.

Rodriguez, the only rookie at this year's All-Star Game, became the fifth Seattle player to win the honor after first baseman Alvin Davis in 1984, right-handed reliever Kazuhiro Sasaki in 2000, right fielder Ichiro Suzuki in 2001 (when he also was voted MVP) and center fielder Kyle Lewis in 2020.

Rodriguez and the Mariners agreed in August to a $209.3 million, 12-year contract starting next season that would be worth $469.6 million over 17 years if he wins two MVP awards.