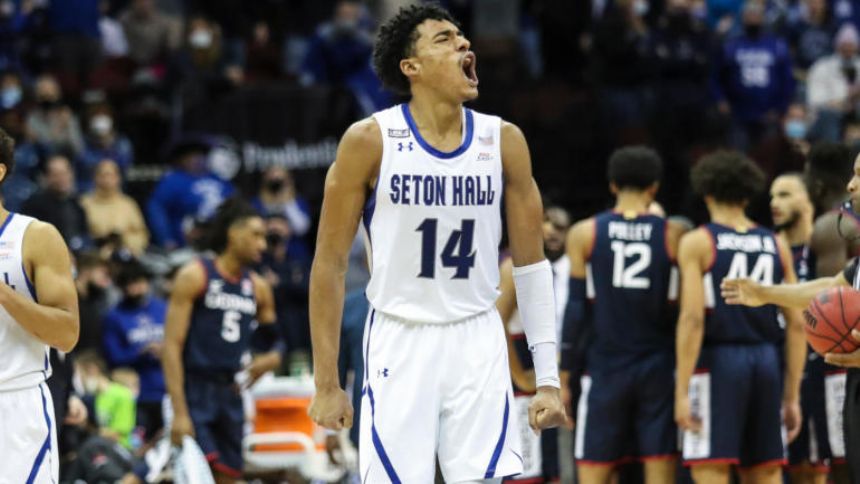 Big East action takes center stage when the No. 20 Seton Hall Pirates (11-3) travel to take on the DePaul Blue Demons (9-6) on Thursday. Seton Hall defeated UConn 90-87 in overtime to secure its second straight victory on Saturday. DePaul has been in a slump recently. The Blue Demons lost to Marquette 87-76 on Tuesday and dropped their fifth straight matchup.

Tipoff is at 5 p.m. ET from Wintrust Arena. The Pirates are 5.5-point favorites in the latest Seton Hall vs. DePaul odds. The over-under for total points is set at 149. Before locking in any DePaul vs. Seton Hall picks, be sure to see the college basketball predictions and betting advice from SportsLine's proven model.

Now, the model has set its sights on DePaul vs. Seton Hall, and just locked in its picks and predictions. You can visit SportsLine now to see the model's picks. Now, here are several college basketball odds and betting lines for Seton Hall vs. DePaul:

Seton Hall has been one of the best teams in the Big East and ranks in the top five in multiple team categories. The Pirates are third in scoring (78.1), third in steals (7.43) and fourth in blocks (5.36). They played a great game in the 90-87 overtime win against UConn. Seton Hall finished with nine steals and nine blocks.

The Pirates also had two players who logged 20-plus points. Sophomore guard Kadary Richmond dropped a season-high 27 points and shot 10-for-13 from the floor. Graduate student guard Bryce Aiken logged 22 points with 7 boards. Seton Hall had graduate student center Ike Obiagu as a force down low, registering six blocks. The Pirates showed the flexibility of their roster in that overtime win.

Senior guard Javon Freeman-Liberty is the top scorer in the Big East. Freeman-Liberty leads the conference in scoring with 21.7 points per game. He also snagged 7.7 boards while shooting 39 percent from downtown. Freeman-Liberty scored at least 25 points in five matchups, including two games with 30-plus.

In the win over Western Illinois, Freeman-Liberty had 33 points and 11 rebounds. He has been shooting the ball well from downtown in his last four games, knocking down at least three 3-pointers in every contest. Sophomore forward David Jones is averaging 14.9 points with 7.8 rebounds per game. Jones has recorded two double-doubles thus far. He had a dominating performance in the win over Louisville. Jones finished with 33 points and 14 rebounds.

The model is leaning under on the total, predicting 143 combined points. It also says one side of the spread hits over 60 percent of the time. You can only get the model's pick at SportsLine.