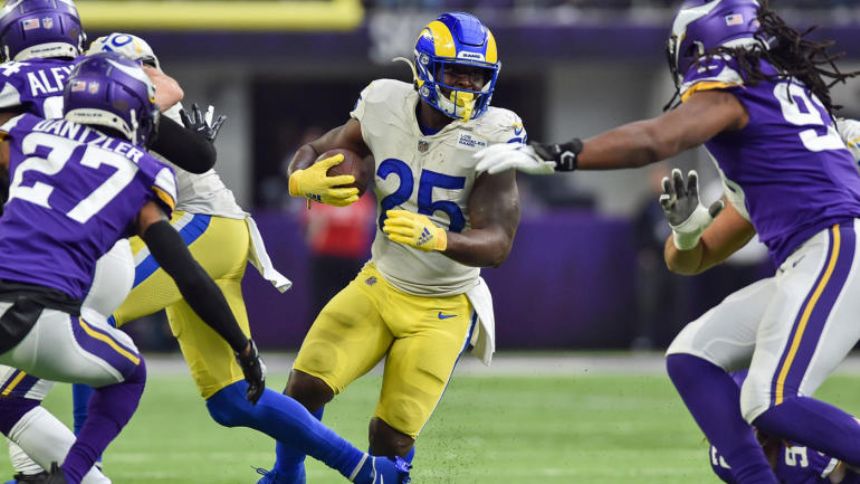 The Miami Dolphins have spent the offseason re-tooling the offensive roster around quarterback Tua Tagovailoa and are continuing to do so in the weeks following the NFL Draft. The latest move, the'NFL Network reports, is the signing of veteran running back Sony Michel. The specific terms that have Michel heading to Miami were not immediately disclosed.

Michel spent the 2021 season in Los Angeles, where he helped the Rams to a Super Bowl title. In his 17 games played during the regular season, he led the team with 845 yards rushing and caught 21 of his 33 targets in the passing game for 128 yards. Michel's role in the offense decreased in the playoffs as Cam Akers made his return from a torn Achilles he suffered over the summer. Michel finished with just 72 yards from scrimmage over four games as L.A. went on to beat the Bengals in Super Bowl LVI.

The 27-year-old was initially acquired by L.A. in a trade with the Patriots before the season. New England selected Michel with the 31st overall pick in the 2018 NFL Draft out of Georgia, and he helped the organization win a championship the ensuing season. He spent three seasons in Foxborough before being traded to the Rams.'

As it relates to this latest chapter with the Dolphins, Michel finds himself in a crowded backfield in new head coach Mike McDaniel's offense. Earlier this offseason, Miami signed Raheem Mostert and Chase Edmonds in free agency to add to a backfield depth chart that also consists of Myles Gaskin and Salvon Ahmed.