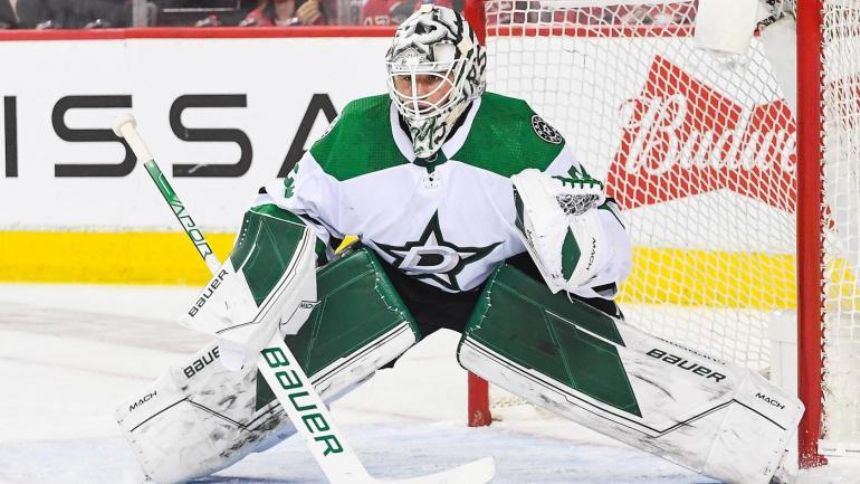 The Dallas Stars have agreed to a three-year contract with restricted free agent goaltender Jake Oettinger. The Stars announced that Oettinger has signed a three-year deal worth a total of $12 million.

Over the last two seasons, Oettinger has taken over the Stars' crease as the unquestioned starter. In 2021-22, Oettinger posted a goals against average of 2.53 and a save percentage of .914. His excellent play down the stretch was a major reason Dallas was able to reach the playoffs.

Stars general manager Jim Nill said that Oettinger has already made a massive impact on the team on and off the ice.

"Jake's performance spoke for itself last season," Nill said in a statement. "He has elite physical ability and presence in the net, while also exhibiting phenomenal mental strength in high pressure situations. Jake's poise and character off the ice have made him a leader in our locker room. He has shown that he has the skill, work ethic and poise to excel at the NHL level. He was a key part of the team's success last season, and we're excited to see him continue to grow here in Dallas."

Perhaps the most impressive thing about Oettinger's young NHL career is that he has been at his best in the postseason. In the Stars' seven-game playoff loss to the Calgary Flames this past spring, Oettinger posted 11.90 goals saved above average. That was second in the entire league -- behind only Igor Shesterkin of the New York Rangers -- and Oettinger was the only reason the Flames didn't make quick work of the Stars.

The Stars drafted Oettinger with the No. 26 overall pick in the 2017 NHL Draft, and he already looks like a steal at that spot. In , Oettinger cracked the top 10.