Steelers' Chris Boswell to receive a four-year extension, tying him as highest-paid kicker in NFL history 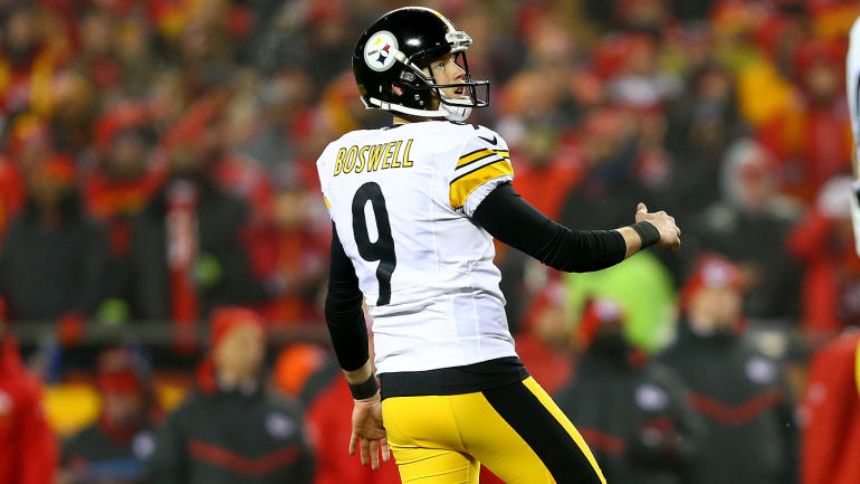 The Pittsburgh Steelers are locking up one of the NFL's best kickers. The team is signing Chris Boswell to a four-year $20 million extension that includes $12.5 million guaranteed. Boswell's agent confirmed the deal to ESPN on Monday, shortly following Pittsburgh's training camp practice from Saint Vincent College. The extension ties Boswell with Justin Tucker as the highest-paid kickers in NFL history.'

Boswell, 31, was entering the final deal of his contract. Ironically, Boswell's last extension also took place during the month of August, as Boswell received an extension entering the 2018 regular season.'

The Steelers are surely hoping that Boswell's first season following an extension will be better than the last one. Boswell's 2018 was unquestionably his worst since joining the Steelers several games into the 2015 season. Boswell has since rebounded with three stellar seasons while reasserting himself as one of the NFL's top kickers.'

A Pro Bowler in 2017, Boswell made 93.5% of his field goal attempts in 2019 and a career-best 95% of his attempts in 2020. While his average dipped to 90% last season, Boswell made eight of his career-high nine attempts of at least 50 yards. He also made all but two of his 29 point-after attempts while helping the Steelers make the playoffs as the AFC's seventh seed.'

Boswell immediately earned his way into Steelers' fans hearts during his first season in Pittsburgh. That season, he provided instant stability to a kicking game that had been anything but during the season's first four games. After a stellar regular season that saw him make 29 of 32 field goal attempts, Boswell made all seven of his postseason field goal attempts that included the game-winning kick in Pittsburgh's wild-card win over the Bengals.'

Boswell's postseason success has continued from there, as he made a playoff record six field goals in the Steelers' win over the Chiefs in the 2016 divisional round. He is a perfect 16 of 16 on postseason field goal attempts.'

Boswell is the latest Steelers' veteran to receive a contract extension. Pittsburgh signed free safety Minkah Fitzpatrick to an extension during the offseason, as Fitzpatrick was entering the final year of his rookie contract. The Steelers' biggest pending contract situation is with receiver Diontae Johnson, who has yet to participate in team drills during camp as he continues to look for a long-term deal before the start of the regular season. A Pro Bowler last year, Johnson is entering the final year of his rookie contract.'