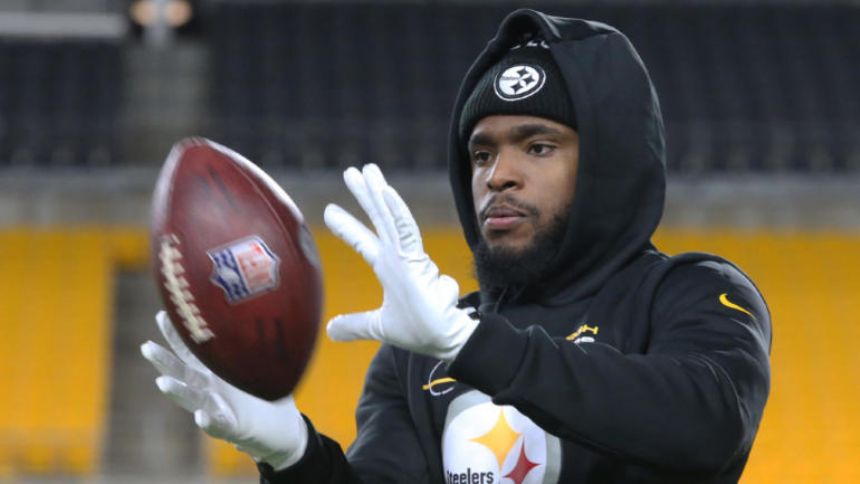 One of the biggest storylines from the Pittsburgh Steelers' 2022 training camp has been Diontae Johnson's contract situation. While he is in Latrobe, Johnson as the Pro Bowl wideout continues to "hold in" for a new contract.'

Before the team took the practice field on Tuesday, new Steelers general manager Omar Khan addressed Johnson's contract situation during a meeting with the media. Khan said that the team has engaged in conversations with Johnson's representatives.'

"Conversations we have between Diontae and his representatives will stay between us," Khan said. "We won't discuss it publicly, but we've been in conversations."'

The fact that the Steelers have not addressed Johnson's expiring rookie deal had led to some speculation that Johnson may not be part of the team's longterm plans. Khan put that narrative to rest.'

"We want Diontae," Khan said. "We're excited to have Diontae as part of this team. We hope that he is going to be a Steeler for a long time."

Khan mimicked what Steelers coach Mike Tomlin typically says when asked about players that aren't practicing. While he would obviously prefer to see Johnson practicing with his teammates, Khan said that the team is focused on evaluating the players who are practicing. He said that Johnson's absence has created more opportunities for the Steelers' younger wideouts. While he didn't mention them by name, Khan was likely referring to rookies George Pickens and Calvin Austin III. Johnson's presence has also allowed Anthony Miller, the Bears' second-round pick in the 2018 NFL Draft, an opportunity to show the what he can do in the passing game.'

As far as Johnson's contract, the Steelers weren't helped by the recent boom in salaries for top-shelf receivers. Five years ago, the Steelers made Antonio Brown the highest-paid wideout in league history when he signed a deal that paid him an average of $17 million a season. Now, 14 receivers make at least $20 million annually, with several big-name receivers receiving hefty contracts and extensions this offseason. Johnson, who is slated to make just under $3 million this season, has a current market value that would pay him roughly $21.5 million annually, according to Spotrac.'

"I think it's a function of the times and the system that we're in," Khan said of the salary increase for receivers. "It's part of the process. I assume, regardless of the position, those things are just going to keep growing. The CBA grows, the contracts will grow."'

One thing that is clear is that both the Steelers and Johnson want to continue their partnership beyond this season (Johnson recently said that ). The issue is whether or not Johnson will be content to play one more year under his rookie deal. Given the Steelers' long-standing tradition of not negotiating contracts in-season, the two sides have until Sept. 5 to come to terms on a contract before Pittsburgh kicks things off in Cincinnati in Week 1.'