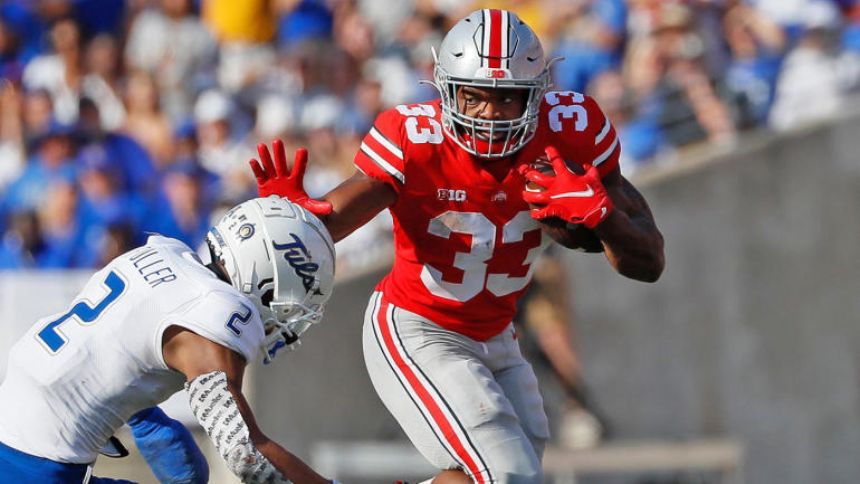 An undrafted rookie, Teague was initially picked up by the Bears but was waived after just three days. He enjoyed a solid career with the Buckeyes, rushing for 1,764 yards and 17 touchdowns with a 5.5 yards-per-carry average. As a redshirt freshman in 2019, Teague rushed for 789 yards and four scores while averaging 5.8 yards per carry. Teague split time that season with J.K. Dobbins, who enjoyed a solid rookie campaign with the Ravens before missing all of last year with an injury.'

In 2020, Teague shared time in the Buckeyes' backfield with Trey Sermon, who is currently entering his second season with the 49ers. Despite sharing the workload, Teague ran for eight touchdowns while helping the Buckeyes advance to the College Football Championship. He ran for four touchdowns last year while averaging 5.3 yards per carry.'

The 5-foot-11, 226-pound Teague surely endear himself to Steelers fans who relish physical, between-the-tackle running backs. He is similar to former Steelers backs Barry Foster, Bam Morris and Jerome Bettis, backs who embraced contact while also dishing some out to defenders who tried to take them on.'

With McNichols and starter Najee Harris currently on the shelf, one would expect Teague to get some steady work during Steelers' camp, which is currently in the middle of its second week.'