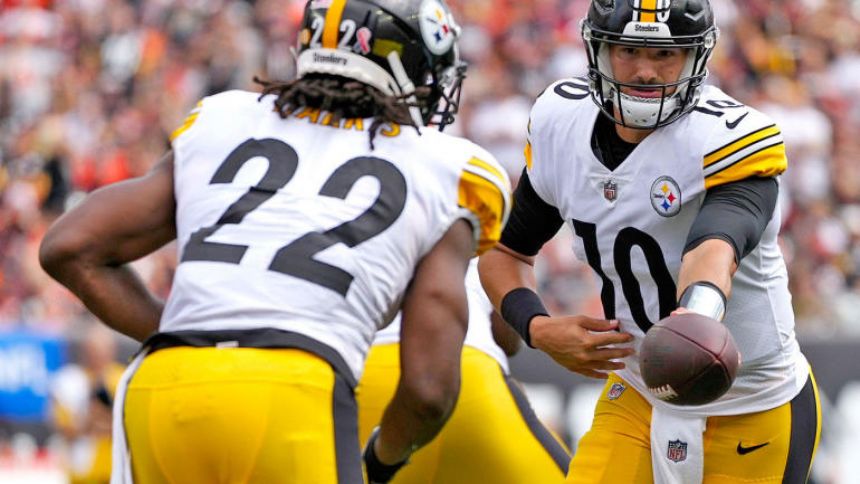 The Cleveland Browns will try to bounce back from a brutal loss when they take the field on Thursday Night Football. The Browns led by 13 points with less than two minutes remaining in Week 2, only to lose to the New York Jets by a one-point margin. Cleveland will now turn around and play only a few days later, welcoming the Pittsburgh Steelers to FirstEnergy Stadium. The Browns and Steelers are both 1-1 after Pittsburgh dropped a three-point game to New England in its last appearance on the field.

Kickoff is at 8:15 p.m. ET in Cleveland. Caesars Sportsbook lists Cleveland as a 4.5-point favorite, while the over/under, or total number of points Vegas thinks will be scored, is 38 in the latest Steelers vs. Browns odds. Before making any Browns vs. Steelers picks, be sure to see the NFL predictions and betting advice from SportsLine's proven computer model.'

Now, the model has set its sights on Steelers vs. Browns, and just locked in its Thursday Night Football picks and predictions. You can head to SportsLine now to see the model's picks. Now, here are several NFL odds and betting lines for Browns vs. Steelers:

Why the Steelers can cover

Pittsburgh has strengths, but the Steelers should also benefit from Cleveland's shortcomings to this point in the season. On offense, Cleveland is below the NFL average in passing yards and yards per attempt, and that projects to continue with Deshaun Watson suspended. On defense, the Browns scuffled in glaring fashion against the Jets last week, giving up 31 points, and Cleveland is allowing 27.5 points per game. Cleveland is strongly below-average in passing yards allowed, passing touchdowns allowed, net yards per pass attempt allowed, and third down defense. Pittsburgh is also stout on defense, giving up only 37 points in two games.

The Steelers have a top-tier star in Minkah Fitzpatrick, who already has two interceptions this season, and Pittsburgh is near the top of the league in interceptions (five) and turnover creation rate (25%). Opponents are producing only 4.0 yards per carry on the ground against the Steelers, and Mike Tomlin has a sterling reputation for having his team ready in difficult situations such as a short week on the road in division play.

In addition to the benefit of home-field advantage, Cleveland has a path to prosperity on both sides of the ball. The Browns have only one turnover in two games and are putting points on the scoreboard. Cleveland leads in the league with points on 52.4% of offensive drives, and the Browns are in the top 10 of the NFL in points per game and points per possession. The Browns are also averaging 380 total yards per game, with top-five marks in rushing yards, yards per rush attempts, and rushing touchdowns.

Cleveland is also near the top of the NFL in first downs (52) and third down conversion rate (53.3%) on offense. Pittsburgh's offense is also stumbling out of the blocks in 2022, scoring only two offensive touchdowns in two games. The Steelers are No. 30 in the NFL in total yards, No. 31 in first downs, No. 28 in passing yards, and No. 31 in net yards per pass attempt. Pittsburgh is also averaging only 3.8 yards per carry, and Myles Garrett can lead a pass rush in terrorizing Mitch'Trubisky and Pittsburgh's passing attack.'

SportsLine's model is leaning Over on the total, projecting 40 combined points scored. The model also says one side of the spread hits in well over 50% of simulations. You can only see the model's Steelers vs. Browns picks at SportsLine.

So who wins Steelers vs. Browns on Thursday Night Football? And which side of the spread hits well over 50% of the time? Visit SportsLine now to see which side of the Browns vs. Steelers spread you need to jump on, all from the model that's 139-102 on NFL picks, and find out.