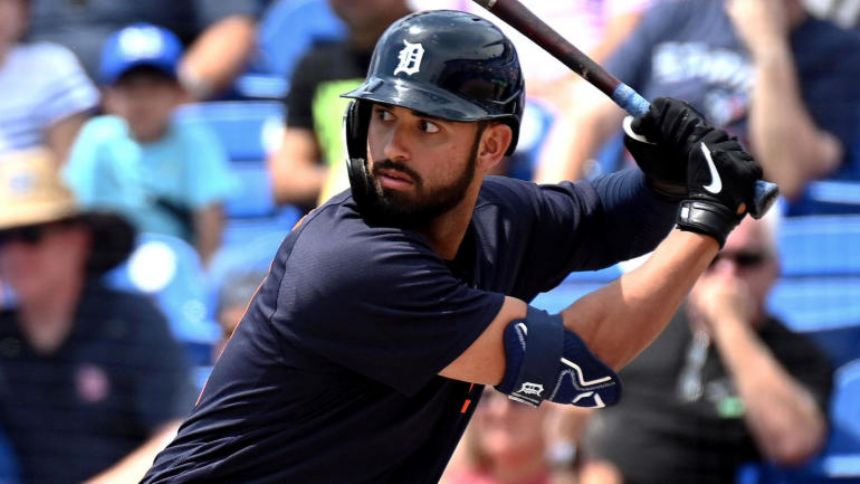 The Detroit Tigers on Saturday will call up their top prospect, outfielder Riley Greene, the club has announced. Outfielder/DH Austin Meadows is going on the COVID-19 injured list in a corresponding move.

Greene, 21, likely would have made the Tigers' Opening Day roster as the starting center fielder if not for a fracture that he sustained late in spring training after fouling a ball of his foot. The injury did not require surgery. Since returning, Greene has played in 17 games in minors, and over that span he's put up a slash line of .279/.347/.382 with one home run and four stolen bases.'

Our own R.J. Anderson recently ranked the Greene as'the No. 6 overall prospect in baseball. Here's his write-up:'

Greene, the fifth pick in the 2019 draft, split his first full professional season between Double- and Triple-A, hitting .301/.387/.534 with 24 home runs, 33 troubles (triples plus doubles), and 16 stolen bases on 17 tries. He celebrated his 21st birthday in September. Predictably, Greene is considered to be an intelligent, polished hitter who should fit in near the top of Detroit's lineup at some point early in the season. The big question is where he'll play defensively. The Tigers have primarily played him in center so far, and it's possible that's where he begins his big-league career before eventually sliding to a corner (he has enough of an arm for right if so desired).

Greene is expected to slot in immediately as the Tigers' regular center fielder, and he figures to be given every chance to stick long-term. The Tigers could certainly use a jolt, as entering Friday's slate they're on pace for 100 losses and rank last in the American League in runs scored and OPS.'