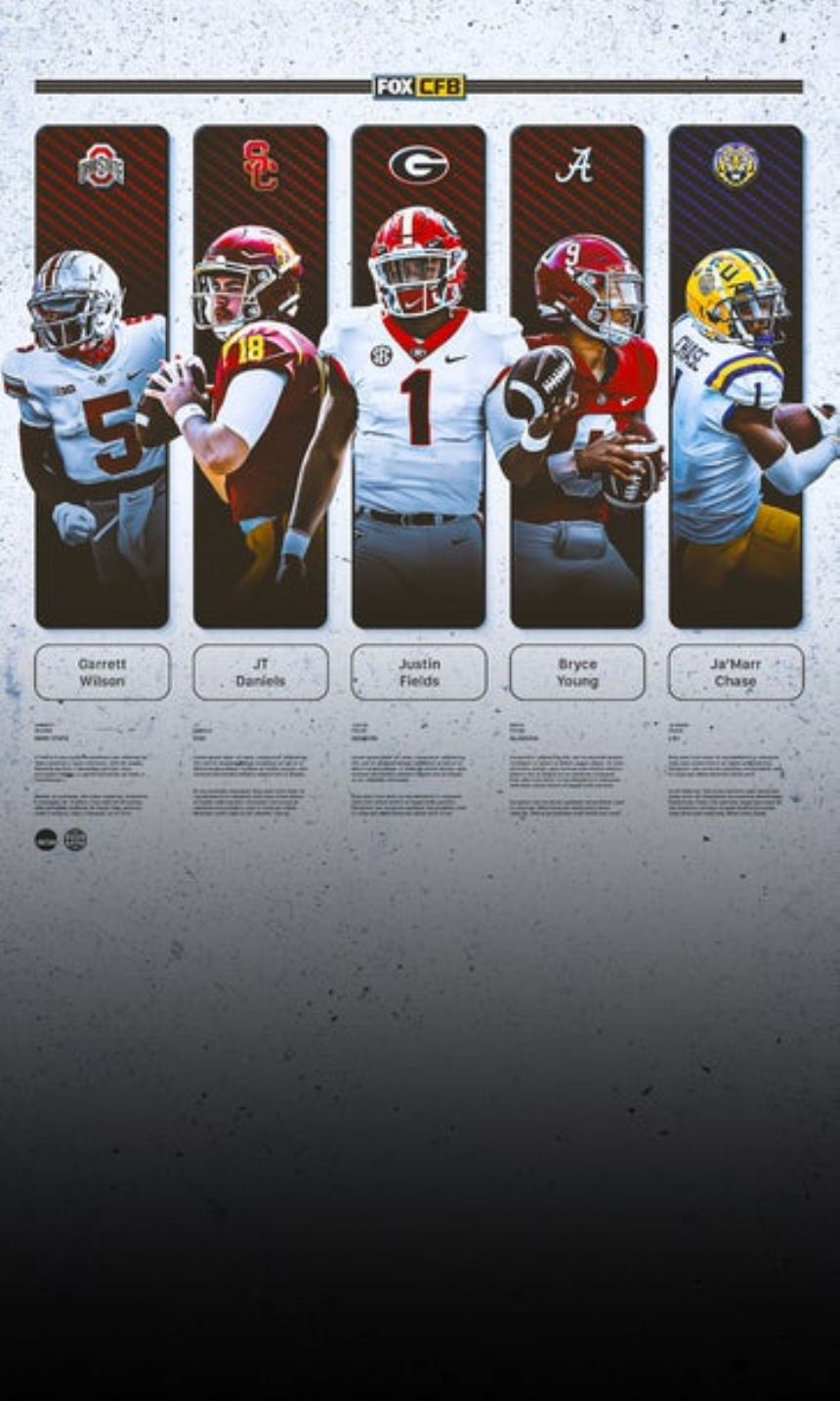 The Wild West that is college football's offseason continues to evolve at a rapid pace.'

May 1 marked the deadline for players to enter the transfer portal and receive immediate eligibility for the 2022 college football season. The number of players who have chosen to enter the portal is staggering, and while college coaches and administrators now have a short period of time to catch their breath as spring practices wrap up and summer break approaches, they will be right at it again before you know it, as the portal reopens Aug. 1, the start of the 2022-23 academic year.

According to Dennis Dodd of CBS Sports, exactly 6,610 players entered the transfer portal in the previous academic year. That includes Divisions I, II and III, which accounts for approximately 680 schools across the country.

College football fans have seen some of the top names in the sport switch schools over the past couple of months, including Caleb Williams, who left Oklahoma to join Lincoln Riley at USC, and Quinn Ewers, one of the most decorated quarterback prospects of the past decade, who chose to leave Ohio State after one season and return home to play for the Texas Longhorns.'

We'll never know how Ewers might have fared if he had stayed at Ohio State. Or what would have happened if Justin Fields never left Georgia and was under center for the Bulldogs this past season, playing alongside the likes of George Pickens, Brock Bowers, Zamir White and the vaunted Bulldogs defense.

But what we can do is dream about a world in which the transfer portal doesn't exist and stars maximize their college eligibility by playing four years of football plus the NCAA-granted COVID-19 year.

What would this year's college football landscape look like if that were the case? We took a look at what some of those mythical superteams could've looked like.

Merriman: The 2021 version of the Alabama Crimson Tide was a special team that was oh-so-close to capturing the school's 19th national title. Now, could you imagine that team with Ford running the ball and Waddle still catching passes? Ford rushed for more than 1,300 yards and 19 touchdowns last season with Cincinnati en route to earning first-team All-AAC honors. Meanwhile, Waddle enjoyed a standout rookie campaign with the Miami Dolphins, setting the NFL rookie record for receptions in a season with 104. On the defensive side of the ball, Nick Saban's team would still have former All-American cornerback Patrick Surtain to team up with the best defensive player in college football today, Will Anderson.'

Young: Jaylen Waddle, prior to getting injured, could've won the Heisman Trophy the year DeVonta Smith did, and that underscores just how talented Waddle and that entire wide receiver room has been over the past decade. If Ford is still at Alabama, we don't get to see Brian Robinson Jr. turn into a Cotton Bowl MVP.

Merriman: College football's most dominant team this past season cruised to an impressive 14-1 record and completed a dream season with a victory over Alabama in the national title game. Now, close your eyes and imagine that team taking the field with Fields under center. Fields, the No. 11 pick of the 2021 NFL Draft by the Chicago Bears, would have the luxury of throwing to the likes of George Pickens, Jermaine Burton (transferred to Alabama) and a trio of tight ends in Brock Bowers (2021 All-American), Dwayne Washington and Luke Ford (transferred to Illinois). The record-setting defense would return just about everyone, including first-round picks Travon Walker and Jordan Davis.

Young: While it always seemed likely that Fields would leave UGA if Kirby Smart continued to stick with Jake Fromm - and all evidence suggests he would have - perhaps it's just as important to recognize that Fields might not have ended up at Ohio State. If that doesn't happen, we probably never get to experience the thrill of Stetson Bennett, a walk-on at UGA, leading the Bulldogs to a national title.

Merriman: Simply put, Ohio State's passing game would have been unstoppable. The Buckeyes led the nation in total offense in 2021, putting up an eye-popping 561.2 yards per game, including 381 through the air. Now, take this already potent passing attack and add the nation's top wide receiver in Williams to the mix. How do you stop that? You don't. Could you image a matchup between this Ohio State offense and Georgia's defense?'

Young: Not unlike the case with Ford and Robinson at Alabama, Williams might get lost in the shuffle in Columbus because that's what happened in 2020. Many forget that Williams was battling for playing time alongside Smith-Njigba, which means two of the three most talented wideouts in 2021 would've canceled each other out - or made it work like Olave and Wilson did when their time came. Instead, Williams became the best wide receiver on an Alabama team that reached the national title game.

* QB JT Daniels (played for USC from 2018-19 before transferring to Georgia and then West Virginia)
* WR Amon-Ra St. Brown (fourth-round pick in the 2021 NFL Draft by the Detroit Lions)
* WR Drake London (No. 8 pick of the 2022 NFL Draft by the Atlanta Falcons)

Merriman: Remember in the early-to-mid 2000s when USC ruled the college football world? The Trojans went 82-9 in a seven-year span from 2002 to 2008, featuring an explosive offensive attack that put up staggering numbers and produced three Heisman winners. Now, imagine an offense with a healthy Daniels under center and a duo of Amon-Ra St. Brown and Drake London catching passes? St. Brown was one of the top rookies in the NFL this past season, recording 90 receptions for 912 yards and five receiving touchdowns with the Detroit Lions. Meanwhile, London put up eye-popping numbers in a shortened 2021 campaign, hauling in 88 passes for 1,084 yards and seven touchdowns in just eight games. How could any defense slow down a passing attack of St. Brown and London?

Young: The Trojans would've remained potent in their passing attack with these two. They might've even turned out to be so potent that Clay Helton finished the 2022 season and was retained for 2023. That would mean Lincoln Riley never has the opportunity to leave Oklahoma for USC, and the biggest story in college football in 2021 doesn't happen.

Why they would have been special:'

Merriman: Go ahead and think back to the 2019 LSU national championship team and just how good the wide receiver trio of Justin Jefferson, Chase and Marshall was. Fast-forward a couple of years, and now imagine a scenario in which both Chase and Marshall are back on the field catching passes alongside the 6-foot-7 Gilbert at tight end. Yes, that's right, with the extra year given to players following the COVID-19 season, both Marshall and Chase could have been playing for the Tigers in 2022. Now, add Stingley - the No. 3 pick in this year's draft - to the defense, along with freshman All-American Eli Ricks, and you have the makings of a championship-caliber team.

Young: Had this occurred alongside quarterback Myles Brennan remaining healthy, Ed Orgeron sticks as head coach because the Tigers would've kept up their winning ways instead of suffering a torrid 2021. In short, there's no move for Brian Kelly to make from Notre Dame to LSU, and the second-biggest story in college football in 2021 doesn't take place.

Other superstars who would still be in college: