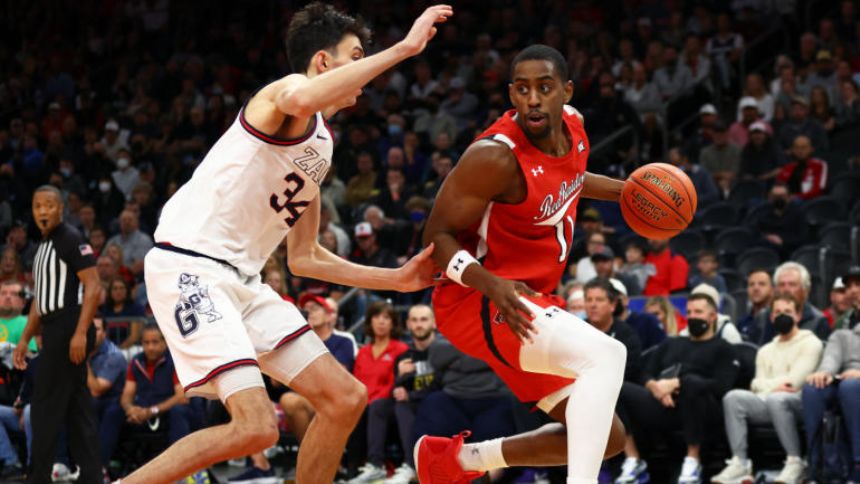 The No. 25 Texas Tech Red Raiders will look to close out their non-conference slate on a high note and stay perfect against SWAC opponents when they take on the Alabama State Hornets on Tuesday afternoon. The Red Raiders (9-2), who are coming off a 78-46 win over Eastern Washington on Dec. 22, are 18-0 against the SWAC all-time, including an 84-49 win over Prairie View A&M in the third game of the season in the last matchup against the conference. The status of leading scorer Terrence Shannon is unknown as he works through back spasms that have kept him out of the past two games. The Hornets (1-10), meanwhile, have dropped five in a row, and are 0-11 all-time against Big 12 foes. This is the second ranked opponent Alabama State will have faced in the past week, having lost 68-48 at No. 17 Texas on Dec. 22.

Tipoff from United Supermarkets Arena in Lubbock, Texas, is set for 2 p.m. ET. This will be the first meeting between the schools. The Red Raiders are 29.5-point favorites in the latest Texas Tech vs. Alabama State odds from Caesars Sportsbook, while the over-under for total points scored is set at 135.5. Before locking in any Alabama State vs. Texas Tech picks, be sure to check out the college basketball predictions and betting advice from SportsLine's proven computer model.

The SportsLine Projection Model simulates every Division I college basketball game 10,000 times. Over the past five-plus years, the proprietary computer model has generated an impressive profit of almost $2,200 for $100 players on its top-rated college basketball picks against the spread. Anyone who has followed it has seen huge returns.

The Red Raiders are tough on their home court and are 7-0 at United Supermarkets Arena this season, and have won 13 consecutive non-conference home games. Junior guard Kevin McCullar is averaging 15 points a game at home and is second on the team in scoring, averaging 13.8 points, 6.3 rebounds, 3.1 assists and 1.4 steals per game overall. In the last game against Eastern Washington, McCullar scored 10 points and added five assists, the third game in a row he has reached double-digit scoring. He recorded a double-double in a 69-55 loss to No. 5 Gonzaga with 14 points and 10 rebounds on Dec. 18.

Also helping power the offense is senior transfer forward Bryson Williams, who played the last two seasons at UTEP after having spent two seasons at Fresno State. In 11 games with the Red Raiders, Williams is third on the team in scoring at 11.5 points per game. He is also averaging 4.6 rebounds, and is coming off a 12-point performance in the win over Eastern Washington. For the year, he has reached double-digit scoring in seven games, including a season-high 22 in the season-opening 89-74 win over North Florida.

The Hornets enter the game with seven players averaging at least eight points per game. Junior Gerald Liddell, a transfer from Texas, leads the team, averaging 10.9 points, 4.6 rebounds, 1.8 assists, 1.3 blocks and 1.2 steals per game. He is connecting on 42.9 percent of his field goals, including 43.5 percent of his 3-pointers. Liddell scored 16 points against his old team last Wednesday at Texas. It was his second consecutive double-digit effort and sixth overall this year.

Junior forward Trace Young is helping out on the offensive end, averaging nine points per game, including three double-figure games on the year. He narrowly missed a double-double in the season opener at Western Kentucky when he scored 23 points and grabbed nine rebounds. In six road games this year, he is averaging 10.2 points and 4.2 rebounds. Young, who sat out during the COVID-19 shortened season last year, averaged 9.8 points and five rebounds per game at John A. Logan College as a sophomore.

SportsLine's model is leaning over on the total, projecting the teams to combine for 139 points. The model also says one side of the spread hits in well over 60 percent of simulations. You can only see the model's picks at SportsLine.