The Dodgers will continue dominating the Giants, plus other best bets for Wednesday 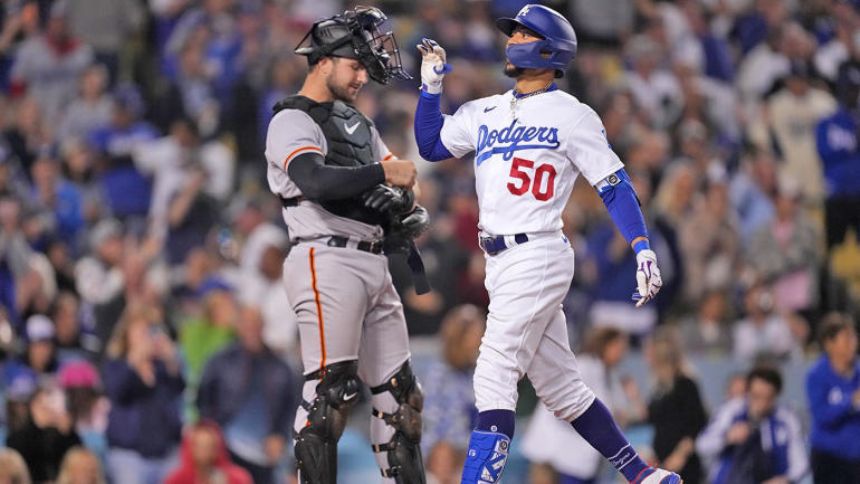 I did not think Juan Soto would be traded this summer. Considering his age, profile and the years of control remaining before he hits free agency -- not to mention the fact that Scott Boras will make sure he hits the market no matter who he's playing for -- I assumed the price would be exorbitant. It was, but the Padres didn't mind paying it.

While it's a hefty price, it's hard to imagine the Padres "losing" this trade in the long run, even if Soto leaves as a free agent in a couple of years. Prospects are nice to have, but very few of them ever go on to produce what Soto can produce in 2.5 seasons for their careers. And if Soto helps the Padres win a World Series, who cares how the prospects turn out?

What would concern me as a Padres fan is that the team is still in the same division as the Los Angeles Dodgers. Not only are they incredibly talented, but they have a lot more money than I do, and they're also very smart and do an incredible job developing talent. Having Manny Machado, Juan Soto, and a healthy Fernando Tatis might never be enough to beat them, but what's the alternative?

Not trying? There are already far too many teams taking that approach.

Now let's see if we can win enough bets to sign Juan Soto as a free agent.

What we can rely on is that the Dodgers won't show any mercy. I don't like taking heavy favorites like this on the road often, but tonight there's value on the Dodgers. San Francisco starter Alex Cobb has done a fantastic job of keeping the ball on the ground and limiting hard contact, but he doesn't miss a lot of bats. Pitchers who don't miss bats don't fare well against the Dodgers.

Even if Cobb can keep the Dodgers in check, Los Angeles has Julio Urias on the mound tonight, and he's been solid this season. I expect that to continue against a Giants lineup that has performed well against lefties this season but has been struggling lately.

Here's what SportsLine is saying about the game:'SportsLine's Projection Model thinks the best play in this matchup tonight is on the run line.

The Pick: Over 8.5 (-105) --'This total is a little too low tonight. Tyler Beede starts for Pittsburgh and he's not a pitcher any hitter should fear. His strikeout rate of 13.6% is awful and he does not avoid bats. That's not great news considering the weather forecast in Pittsburgh tonight calls for conditions that will be friendlier to hitters.

On the other side, Milwaukee's Freddy Peralta has been somewhat unlucky this year with a 4.42 ERA, but he can only blame bad luck for part of it, as he's allowing plenty of solid contact. With temperatures in the high 80s and wind blowing out, anything hit in the air has a shot to get out.

Key Trend:'The over is 3-1-1 in the last five meetings in Pittsburgh.

The Pick: Rockies (+260) --'I mentioned the Padres big trade deadline haul earlier, bringing in Juan Soto and Josh Hader as the headliners of their class, along with the underrated Josh Bell. Tonight we're going to take advantage of how the market is reacting to those acquisitions, as the Padres are now suddenly an unbeatable juggernaut in the eyes of many.

Well, they're not. They're good, but they aren't good enough to be priced where they are tonight, particularly with Blake Snell on the mound. Snell has been pretty average this season. While he has always gotten plenty of strikeouts, he pairs it with far too many walks and a lot of flyball contact. That combo leads to a lot of variance that can often backfire. Plus, Snell rarely goes deep into games, and considering the Padres bullpen had to work 8.1 innings in yesterday's doubleheader, the Pads could get into trouble late. The Rockies are worth a punt tonight.

Key Trend:'The Rockies have won eight of the last 10 meetings.

?? SportsLine Pick of the Day:'The NFL preseason begins Thursday night and SportsLine's Larry Hartstein already has a play available for the game between the Raiders and Jaguars.

We're betting each of the following golfers to finish in the top 10 this weekend.