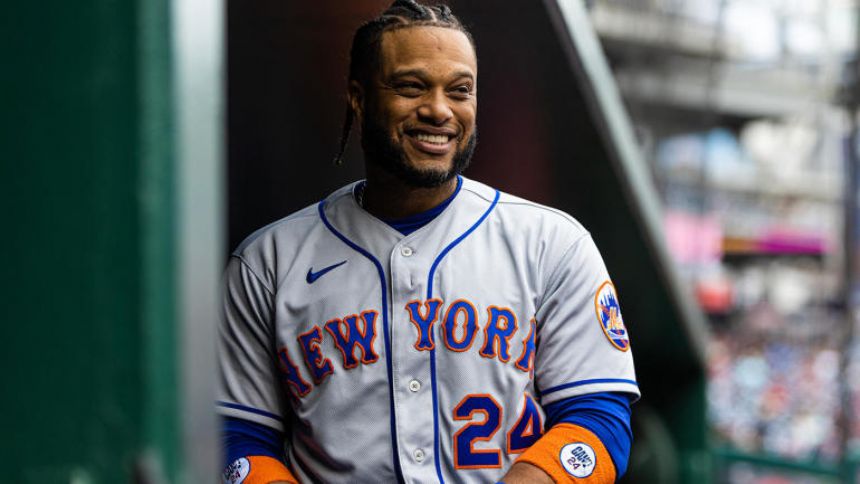 The Seattle Mariners and New York Mets square off this weekend in a three-game series in Citi Field. The Mets play host and sport a 22-11 record that gives them a 6 1/2 game lead in the NL East. The Mariners have lost 12 of their last 15 games. Max Scherzer starts Friday for the Mets and hotshot pitching prospect George Kirby starts Saturday for the Mariners.'

Normally, those would be most of the pertinent details in a series that we rarely see and has very little history.'

At present, however, these two teams are tied together by what was a huge trade at the time with now-lingering fallout. This is the first time these two teams have played since said trade.'

It was Dec. 3, 2018 when the seven-player blockbuster became official.'

What has transpired since is pretty fascinating. At the time, the Mets getting Cano and Diaz was a huge deal. Sure, Cano was coming off a PED suspension, but he was very productive in his time in Seattle (.296/.353/.472, 129 OPS+). Diaz was coming off a ridiculous 57-save season in which he struck out 124 hitters in 73 1/3 innings at age 24. It had the look of two All-Stars in a salary dump for some possibly-interesting parts and one big-time prospect.'

The linchpin for the Mariners' side of the deal was, of course, Kelenic.'

Fast-forward a few years and it looked like he would be the reason the Mariners "won the trade."'

We can immediately clear Bautista, Bruce and Swarzak out of the way. Bautista had an 11.00 ERA in nine innings for the Mariners in 2019 and now pitches in the Mexican League. Bruce was traded after 47 games for a player who won't likely ever make the majors. Swarzak was moved to the Braves in a minor deal in May of 2019.'

Dunn was adequate in 11 starts for the Mariners last season, but he was traded as part of the deal that landed the Mariners'Eugenio Suarez'and'Jesse Winker'last offseason.'

He was taken sixth overall in the draft out of high school and signed with the Mets. There are only a select few players who deserve the "can't miss" label these days -- think Bryce Harper types -- but Kelenic wasn't too far off. Nearly everyone in the baseball world raved about his future upside. He was what really made the trade worthwhile.'

Remember that big hoopla leading up to the 2021 season when audio leaked of Mariners ? Kelenic was basically the main part of that. That's how big a deal he was. Prospect rankers had him in the top 10 in all of baseball.'

Meanwhile, Cano wasn't very good in 2019 and Diaz was worse -- he had a 5.59 ERA with seven blown saves (several of the high-profile variety) in a mostly-disastrous season. In 2020, both were good but the Mets missed the expanded playoffs. Then Cano got popped for PEDs again and the Mets, again, missed the playoffs in 2021.'

Kelenic debuted to great fanfare on May 13, 2021. He went 3 for 4 with two doubles and a home run the next day and his ascent to stardom was underway. '

The hand-wringing about the trade in Queens was prevalent.'

Things don't always go as planned. Kelenic struggled so much he was demoted back to the minors less than a month later.'

Back on the Mets' end, Cano hit .195 with a .501 OPS this season and has been released. They are eating around $40 million due to that move, but it was the right baseball move and kudos to them for cutting bait on a sunk cost instead of clinging to hope that a miracle might happen.'

Diaz, though, has been stellar. He's increased his slider usage and it has been utter filth. Look at this and take note of the velocity.'

Yes, his average slider is 90.1 miles per hour this season. Against it, opposing hitters have a .094 average with a .188 slugging and have missed on 55.7 percent their swings.'

Diaz has a 1.93 ERA, 0.86 WHIP and 24 strikeouts in 14 innings. He's only 28 years old. The chances that he'll end up being the best player in the trade, from the point of the trade moving forward, seem pretty good. It's also reasonable to believe Kelenic gets things figured out at some point and ends up being the best player in the deal. After all, he's only 22 years old.'

We don't need to get into re-litigating the trade in this space, though. There's plenty of baseball to be played for the two players who ended up being the key components of the deal.'

It is, however, certainly worth mentioning that the two teams square off for the first time since the trade and it's basically just Kelenic vs. Diaz at this point. Maybe we'll get to see them square off with the game on the line at some point this weekend? That would be pretty fun.'