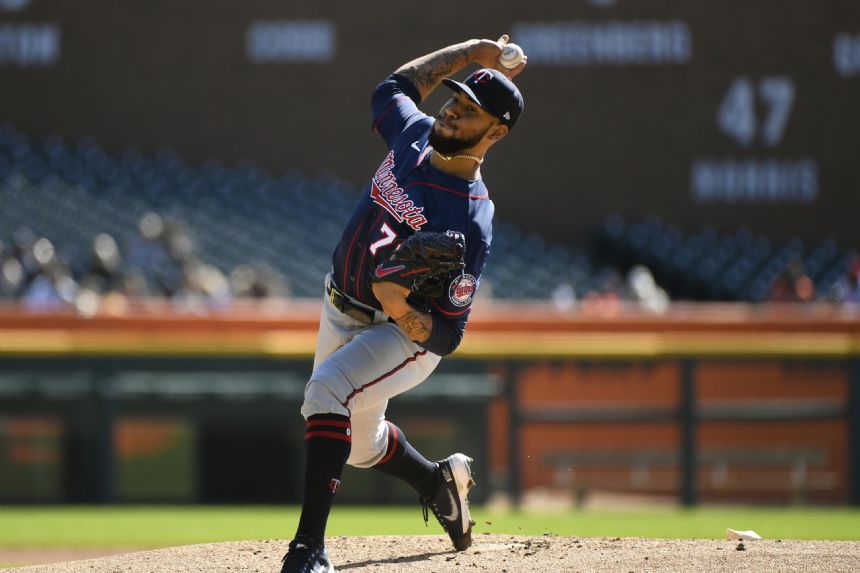 Woods Richardson made his big league debut five days after turning 22 years old, making him the youngest pitcher in the majors this season. The Twins' defense did him no favors at the start, committing three errors in the first inning.

The Tigers turned the two throwing errors by catcher Ryan Jeffers and a misplay by first baseman Jose Miranda, along with Miguel Cabrera's single, a wild pitch, a walk and a stolen base, into two runs.

Woods Richardson (0-1), acquired in July 2021 from Toronto in the trade for pitcher Jose Berrios, allowed three runs - two earned - and three hits in five innings. The right-hander walked two and struck out three.

Haase hit his 14th home run of the season, and second in as many days, in the third. He is second on the team in home runs to Javier Baez, who has 16.

Joey Wentz made his seventh and final start of the season for Detroit, allowing two unearned runs on two hits while walking four and striking out four in 4 2/3 innings.

Reyes homered to lead off the bottom of the eighth off former teammate Michael Fulmer. It was Reyes' first home run since July 2 against Kansas City.

Cabrera played in his 1,000th career game at Comerica Park. He and St. Louis Cardinals catcher Yadier Molina at Busch Stadium are the only active MLB players with 1,000 games at one ballpark. Cabrera is the sixth player in team history to hit that milestone but first at Comerica Park. Charlie Gehringer, Al Kaline, Lou Whitaker, Alan Trammell and Norm Cash played 1,000 or more games at Tiger Stadium.

Before Sunday's game, the Twins selected the contract of Woods Richardson and optioned RHP Ronny Henriquez. To make room on the 40-man roster, the Twins transferred C Sandy Leon to the 60-day injured list.

Twins: RHP Bailey Ober (2-3, 3.18) will start Monday when the Twins visit the Chicago White Sox. Ober will face the White Sox for the third time this season and is 1-0 with an 0.73 ERA with one walk in 16 strikeouts in the previous two starts.

Tigers: RHP Bryan Garcia (1-0, 3.29) will start Monday night in Seattle. Garcia will be called up from Triple-A Toledo and Wentz will be sent down to make room on the 28-man roster. Wentz is scheduled to pitch in the Arizona Fall League. Garcia will be making his fourth major league start this season and first since August 15 at Cleveland.