Tom Brady congratulates Rob Gronkowski on retirement: 'I'm proud of all that we accomplished together' 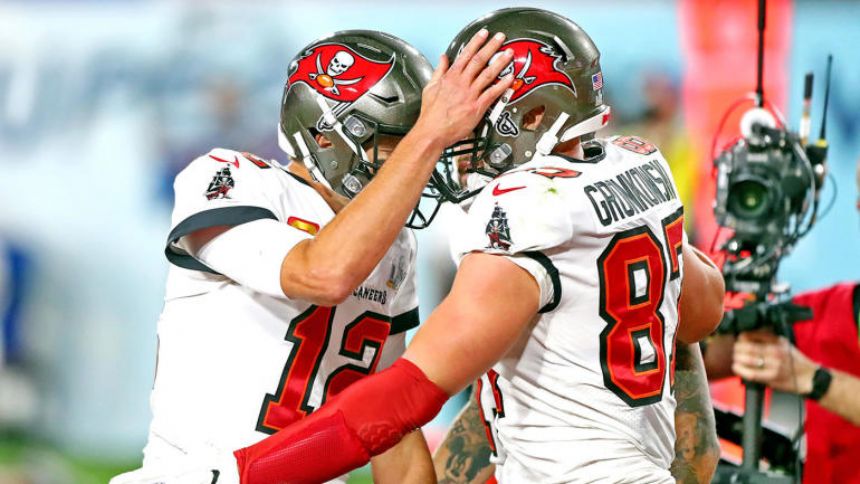 Rob Gronkowski was on the receiving end of numerous passes from Tom Brady, who congratulated his former teammate on a career well done.'

Shortly after Gronkowski issued , Brady posted the following tribute on his Facebook page.'

"Teammate, friend, brother, just a few of the words that come to mind when I think of Gronk. Nobody has ever embodied the idea of 'leaving it all on the field' like Rob has throughout his entire career. Every single snap, I knew that no matter how many people you put in front of him, he was going to get to his spot.'

"Even more important is the person he was on and off the field. Focused when he had to be, and FUN the rest of the time. Having Gronk in your locker room was every NFL players dream. I'm proud of all that we've accomplished together, and even more excited for all you have in front of you.'

"Congrats Gronk, you deserve it."'

You'd be hard-pressed to find a better QB-TE duo than Brady-Gronkowski. Teammates for 11 years, the pair won four championships together while becoming the best players at their respective positions. Gronkowski was named to five Pro Bowls and was a member of the NFL's all-decade team for the 2010s. Brady, a fellow member of the 2010s all-decade team, became the winningest quarterback in Super Bowl history with Gronkowski as his teammate.'

Both players will certainly receive bronze busts and gold jackets whenever they are available for induction into the Pro Football Hall of Fame. As long as he stays retired, Gronkowski is eligible for induction in the summer of 2027. Brady will be eligible five years after he retires, which earlier this offseason appeared to be five summers from now. But Brady ended his first retirement after just 40 days, and is currently signed through the upcoming season.'

Gronkowski's agent, Drew Rosenhaus, said that if Brady tries to coax his client out of retirement for a second time. In 2020, after a one-year hiatus, Gronkowski joined Brady in Tampa and helped the Buccaneers win the franchise's first Super Bowl in 18 years.'