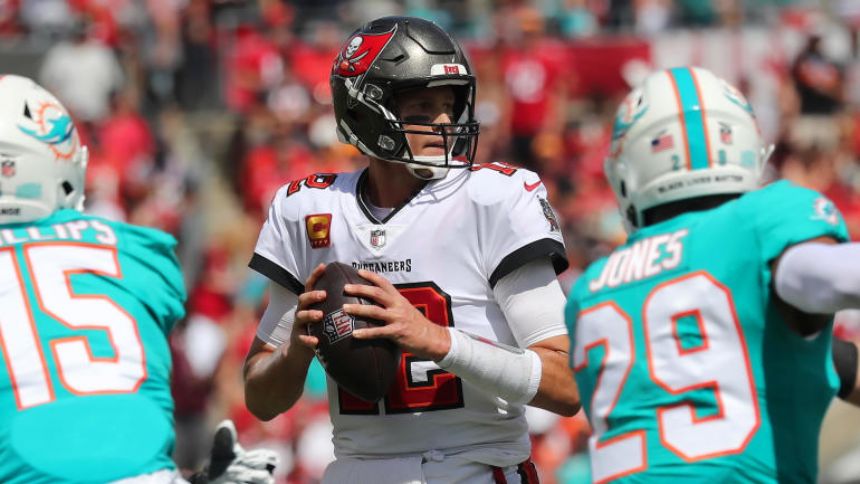 The NFL released into the Miami Dolphins on Tuesday and although Tom Brady was a key figure in the report, he won't be facing any punishment for the role he played.'

The NFL has already'told multiple media outlets that Brady won't be facing any penalty. There had been some question about whether Brady would be punished after the Dolphins and owner Stephen Ross got hammered by the league.'

After investigating for seven months, the NFL found that the Dolphins tampered by making contact with Brady on TWO separate occasions while he was under contract with another team.'

Here's what the league's investigation found:

The NFL also announced that Sean Payton won't be facing any punishment. On the other hand, the Dolphins got nailed by the NFL: They were docked two draft picks (2023 first-rounder and 2024 third-rounder), Ross was fined $1.5 million and he's also been suspended until Oct. 17.'

As for Brady, the reason he's not being punished is because the NFL's anti-tampering policy puts the onus on teams to report any outside tampering. Basically, the team that does the tampering can be punished, but the player can't. If the Dolphins reached out to Brady first, then they were the ones who tampered. On the other hand, if Brady reached out first, then the Dolphins were supposed to report that to the NFL.'

Here's the exact wording of the rule from the league's anti-tampering policy:'

"If a club is contacted by a player (or his representative) who is under contract to or whose negotiating rights are held by another club, and such player has not been given permission to negotiate with other clubs, or such player is not in a permissible negotiating period under the terms of an operative collective bargaining agreement, then the contacted club is prohibited from (i) negotiating with the player or his agent; (ii) discussing even in general terms the player's possible employment with the contacted club; or (iii) discussing the player's contract or his potential or ongoing contract negotiations with his current club."

If Brady reached out to the Dolphins, he had no responsibility to report that a conversation took place, which is why he won't be punished. As for the Dolphins, they clearly didn't follow the NFL's anti-tampering policy, which is why the NFL came down so hard on them.'