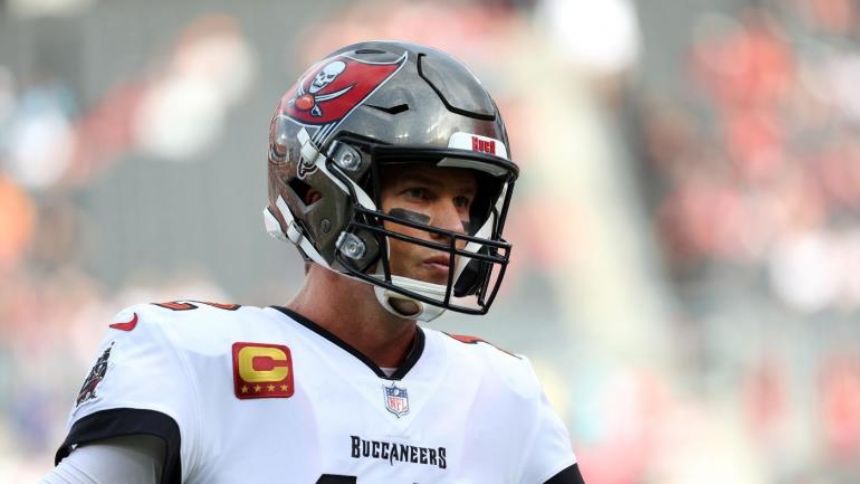 Going into the weekend, it didn't seem like there was any way we'd end the divisional round by having a conversation about Tom Brady possibly retiring, but speculation continues to mount that the seven-time Super Bowl winner might be ready to hang up his cleats for good.

Brady seems genuinely undecided about whether he's going to play next season and if you need proof, just check out the cryptic answer he gave NBC's TV crew when he was asked how he envisioned his career ending.

Let's break that down real quick: Brady said he'd love to end his career by winning a Super Bowl, but he also added that he didn't think the Buccaneers would win a Super Bowl this year (he was right) and that things are still "inconclusive."

The comments from Brady are interesting, because he's never showed any indecisiveness about whether he's going to keep playing. After his final season with the Patriots in 2019, it was pretty clear that he wanted to keep playing, but it wasn't clear if he wanted to stay in New England. In 2020, Brady announced immediately after the Super Bowl that he would be returning for the 2021 season.

In 2022, Brady's urge to return seems to have been waning over the past few weeks. Although he has said on multiple occasions that he wants to play until he's 45, he slightly backtracked on that during a one-on-one interview just before the wild-card round.

"I felt like then that was a great goal to set and I still have that goal of wanting to get to 45," Brady said, via NFL.com. "We'll see how it goes. I think I'm pretty much in [uncharted] territory."

His feelings have gone from "I definitely want to play until I'm 45" to "We'll see how it goes," which is a pretty big jump. After the Buccaneers' 31-15 wild-card win over the Patriots, one of Brady's former teammates, Rob Ninkovic, said on ESPN that he wouldn't be surprised if the QB ended up retiring.

The retirement speculation then hit overdrive over the weekend. On Saturday, AP Sports NFL Insider Jason La Canforareported that many of Brady's teammateswere bracing for the possibility that he would be retiring after Tampa Bay's playoff run was over this year. On Sunday, NFL.com reported that Brady was genuinely undecided about returning.

After Tampa Bay's 30-27 loss to the Rams, Brady didn't offer any clarity about the situation in his postgame interview.

"I haven't put a lot of thought into it," Brady said when asked about his future. "We'll just take it day by day and see where we're at."

Basically, it seems like Brady is truly on the fence about what he should do next season, which means there's a chance that we might see his legendary 22-year career finally come to an end.