Tom Brady responds to Ryan Fitzpatrick's criticism, 'that motherf-----' claim: 'He's got it out for me' 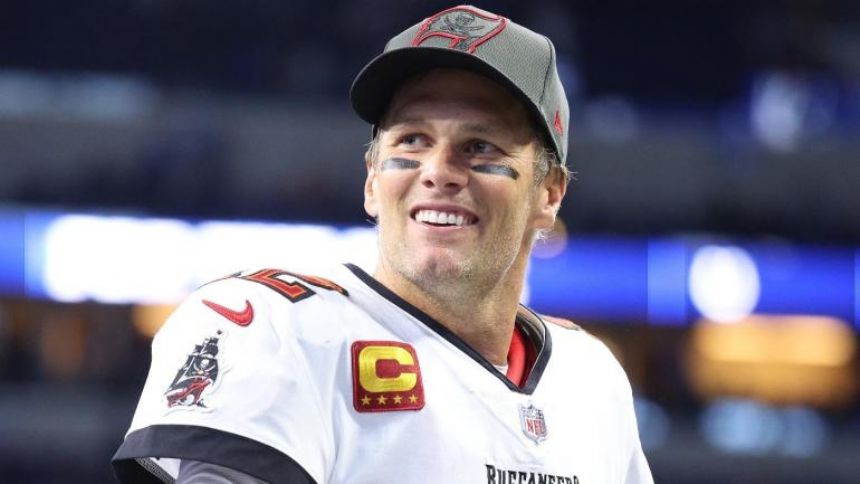 Tom Brady and former NFL quarterback Ryan Fitzpatrick are not on the best of terms these days, but it sounds like the former is willing to patch things up. On the lates episode of his "Let's Go" podcast, Brady addressed some recent comments Fitzpatrick made.

Earlier in September, Fitzpatrick and was very direct about his feelings toward Brady.

"He just pisses me off," Fitzpatrick said of Brady.

Fitzpatrick went on to say that Brady never really respected him, even when the two had some tough battles in the AFC East, and added that he could be that "motherf-----" Brady was referring to on an episode of "The Shop" in June of 2021. The comment centered around Brady being passed over when he was a free agent.

"One of the teams, they weren't interested at the very end," Brady said on the show in 2021. "I was thinking,'you're sticking with that motherf-----. Are you serious?'"

Following the Tampa Bay Buccaneers 20-10 win over the New Orleans Saints, Brady jumped on his own podcast to address what Fitzpatrick has said. Brady said he doesn't harbor any ill will toward Fitzpatrick and would like to have a conversation with him in the future.

"I love Ryan, but he's got it out for me. I actually talked to Ryan Griffin, who is one of our quarterbacks. He said, 'Ryan is always all over you. I don't know why.' Maybe Ryan and I need to have a talk. Ryan is a hell of a guy, and I've competed against him. He's a Harvard guy. Now he looks like he's part homeless. He's on TV doing what my future job is gonna be. I think Ryan has got a good thing going. I'm not sure why he needs to think I'm after him or something like that."

As for whether Fitzpatrick, who was the quarterback of the Miami Dolphins in 2021, was that "motherf-----," Brady reluctantly revealed that it was someone else.

"I like to keep them guessing," Brady said. "Unfortunately, with this coming out, I'd have to tell him that it wasn't him."