Tom Brady reveals his post-NFL plans, plus 2022 strength of schedule rankings for all 32 teams 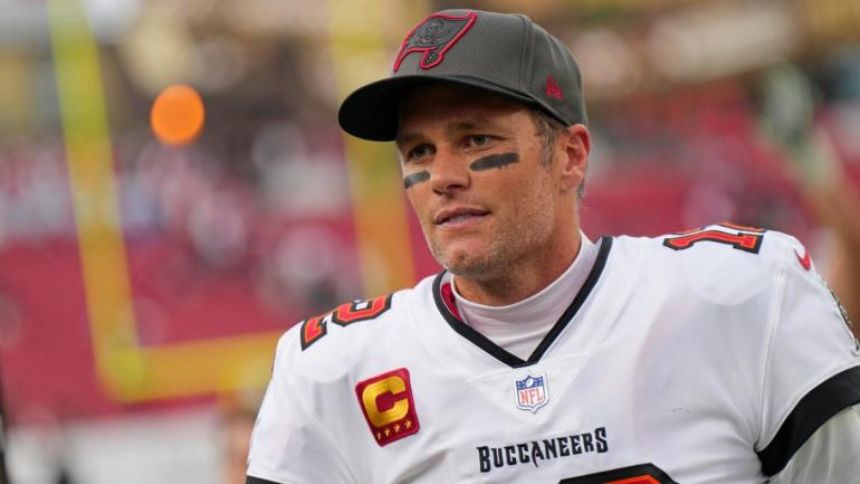 Actually, today is not Tuesday, it is technically Tomsday, and that's because Tom Brady decided to make himself the biggest story of the day by announcing that he's going to be taking an announcing job with Fox Sports whenever he decides to retire. Of course, the joke here is on Fox Sports because Brady is never going to retire.'

Brady has been down on his luck for so long that I'm glad to see he'll be landing on his feet in retirement. That being said, it would have been nice if you could've waited until next week to announce this news, Tom. As I wrote yesterday, the NFL schedule release is my favorite event of the offseason, and now, Brady is trying to overshadow it. STOP TRYING TO OVERSHADOW THE SCHEDULE RELEASE, TOM.'

Although I'm not happy with Brady right now, we'll be covering his new job in full today, plus we'll also have every team's strength of schedule for 2022.'

As always, here's your weekly reminder to tell all your friends to sign up for the newsletter. All you have to do is click here and then share the link. Alright, let's get to the rundown.'

For today's episode of the Pick Six podcast, I joined Will Brinson for 30 minutes of fun where we talked about the latest NFL news. The topic we spent the most time on was Pete Carroll and whether we believe his recent comments that the Seahawks have no plans to trade for a veteran quarterback.'

During a recent interview, Carroll said the Seahawks probably wouldn't make a trade for a QB.'

So does this rule out Baker Mayfield?

Despite those comments, Brinson and I still both think there's a simple way Mayfield could end up in Seattle. Carroll doesn't want to trade for a QB, but he didn't rule out signing one and that could happen if Mayfield gets cut by the Browns. When it comes to trading partners, the Browns don't have a lot of options right now, and at some point down the road, they might eventually feel that releasing Mayfield is the best way to go. If that happens, it wouldn't be surprising to see the Seahawks try to land him.'

The same thing could happen with Jimmy Garoppolo. If the 49ers end up releasing him because they can't find a trade partner, the Seahawks would almost certainly give him a call.'

For this episode of the pod, we also talked about where several free agent receivers -- like Odell Beckham Jr., Julio Jones and Jarvis Landry -- might end up. If you want to know where they could be headed, then be'sure to click here'so you can listen to today's podcast. You can also watch today's episode on YouTube by clicking here.

Tom Brady hasn't even retired yet, but he already has a post-NFL job lined up for whenever that happens. In a surprising announcement, the Buccaneers quarterback revealed Tuesday that he'll be joining Fox Sports once his football career is over. The deal is for 10 years and is worth a whopping $375 million, according to the New York Post, making it by far the largest deal in sportscasting history. (For context, both AP' Tony Romo and ESPN's Troy Aikman make about $18 million per season. Brady is set to make more than double that at $37.5 million.)

Here's what we know so far about Brady's new job:'

If you're wondering how this all came together, it seems that Fox reached out to Brady during his short retirement and although Brady ended up returning to football, Fox was clearly able to give him a deal he couldn't turn down.'

With the NFL schedule being released this week, now seems like a good time to take a look at the strength of schedule for each team heading into 2022, so that's exactly what we're going to do.

Based on the final standings from 2021, the Los Angeles Rams will be going into the upcoming season with toughest strength of schedule.'

It's been nearly 20 years since the NFL has seen a team win back-to-back Super Bowls, and based on this year's strength of schedule, that's a drought that likely isn't going to end this season. The Rams have an SOS of .567, which not only gives them the most difficult schedule in 2022, but it makes them one of only two teams in the NFL -- along with the Cardinals -- that will have a strength of schedule above .540.'

The Rams' rough schedule includes 10 games against playoff teams from last season, which is the most in the NFL. The Rams' road schedule is especially brutal with seven of the eight games against teams that finished 2021 with a winning record.'

On the opposite end of the spectrum, the easiest strength of schedule belongs to the Cowboys and Commanders, who are tied at .462.'

With the schedule being released Thursday, the NFL decided to add a twist to things this year by letting each network reveal one of its biggest games throughout the week. Yesterday, we saw ESPN announce its Monday doubleheader, and today, AP took center stage with its announcement. We definitely got a good one.'

Bill Cowher and Nate Burleson went on "AP Mornings" to reveal the Christmas Day game that will be airing on AP this year and that game is:'

Not only will the game be airing on AP, but Nickelodeon will also be showing the game, which means if you want to see someone get slimed on Christmas, then you're probably going to want to watch the Nickelodeon version of the game.'

The Broncos-Rams showdown will be the middle game of the NFL's first-ever Christmas tripleheader. The first game will air at 1 p.m. on Fox while the third game will air at 8:15 p.m. ET on NBC. The teams playing in those two games haven't been announced yet.'

Before we get to Thursday's schedule release, we'll be getting two more scheduling announcements. On Wednesday, Fox will reveal one of its biggest games on "Fox and Friends." One day later, NBC will reveal a game on the "Today Show."

With two days to go until the 2022 schedule is released, the NFL has already officially announced the times and dates of nine games. Besides the Christmas game, we know when the five international games will be played () and we also know that the Chargers will be playing at Kansas City on Thursday night in Week 2 in what will be the first game of Amazon's new Thursday night package.'

The NFL also announced that there will be a Monday night doubleheader in Week 2 (Titans at Bills, Vikings at Eagles).'

Everyone loves a good reunion, especially Cody Benjamin, who decided to take a look around the NFL this week to try to come up with some reunions that need to happen.'

So what reunions are we talking about here? Let's find out.'

For a full explanation on why these reunions need to happen, be sure to .'

It's been a wild 24 hour in the NFL, and since it's nearly impossible to keep track of everything that happened, I went ahead and put together a roundup for you.'