Tom Brady told us so, as he thrives at 45 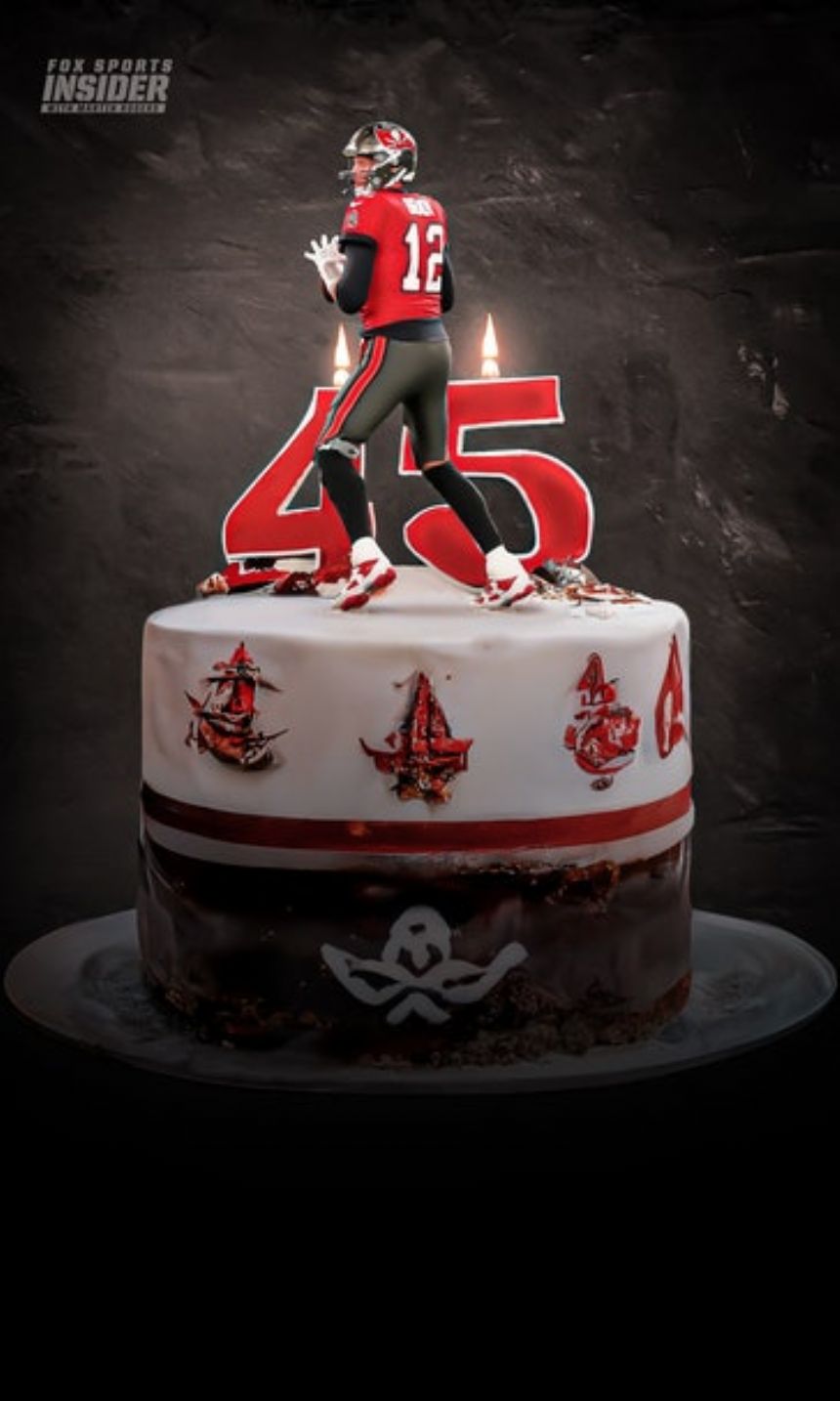 Sorry, but just because Tom Brady will be joining AP for analyst duties at some point in the indeterminate future doesn't mean we have the inside track on how he'll spend his 45th birthday today.

Like everyone else though, we can make our best guess, based on standing knowledge.

As Wednesday rolls on, there'll be the continuation of Tampa Bay Buccaneers' training camp. Presumably, at some point Brady will devour a delicious (but outrageously healthy) celebratory meal, prepared by a skilled chef.

It's also a certainty that he'll be opening some thoughtful gifts from his wife and children (although 45-year-old men are notoriously difficult to shop for).

Yet one of the best presents Brady could wish for is already in place. For as soon as the calendar flicked over to Aug. 3, the seven-time Super Bowl champion gained the right to say, categorically: "I told you so."

He's 45, and still an elite quarterback in the NFL. And he did, indeed, tell us it would be so.

The problem was, years ago and with Brady entering his mid-to-late 30s, the concept of such a thing was so outlandish, so unprecedented and unheard of, that we dismissed it. It sounded like bluster, even from a player who had already usurped the boundaries of so many predictions.'

Back in November 2014, Brady sent an email response to a childhood friend Kevin Brady (no relation) that would surface later as part of the investigation into Deflategate. Kevin Brady had referenced an article that compared his friend with Peyton Manning in what was supposedly the twilight of both of their careers.

Over the years that followed, Brady doubled down on the drive for 45, sometimes with a wink and a nudge and, eventually, with stone-faced seriousness. By 2018, when Gotham Chopra's "Tom vs. Time" documentary was released, it was clear he believed he could blast by that number and even flirt with 50, history be damned.

Toward the end of his triumphant stint with the New England Patriots, Brady opened up a little more, giving the public an inside look into his process. This was a vital step in making everyone think the impossible could be feasible after all. He let us see that he wasn't playing the same game as everyone else, going to extreme lengths to prolong his career, eating and recuperating and training and hydrating with a level of detail that can only be described as obsessive.

You'd have thought years ago that if Brady did pull through on his stated goal and happened to still be playing at 45, there would be some sort of significant celebration of the milestone. But that's not going to happen. There will be a few articles like this and a few questions from reporters at training camp. Perhaps his teammates will sing "Happy Birthday." Heck, maybe there will even be a pirate-themed birthday cake from the Bucs, for who doesn't love a pirate-themed cake?

But that's all. Brady has outlasted the talk about how remarkable his longevity is, and he did it a while ago. After a certain point there is only so much you can say about it. It is nonsensical and preposterous that he is still playing and doing it so well. But he is.

And so - given that he's on one of the best teams in the league - his age can't be the only thing you talk about.

We have heard all the silly stats and anecdotes.

How he has spent half of his entire life in the league. How he has more Super Bowl wins than not just any player, but any franchise. How Calvin Johnson went through four years of high school, starred in college, Megatronned his way to a brilliant career, retired and was elected to the Hall of Fame - all while Brady was in the NFL.

The most important current storyline surrounding Brady is that he is still of immense value, coupled with the concept that any team with him in it automatically becomes a serious challenger. That's been highlighted by the Patriots' drop since his departure, the Bucs' surge, and how the Miami Dolphins went all-out to sign him (and got punished with a tampering charge for doing so).

Having slowed the aging and deterioration process, now, by being around for so long, Brady has an unparalleled catalog of knowledge to call upon that no one can hope to match.

No outcome, truthfully, seems absurd anymore. Most people assume Brady is now finally near the end but as the early part of the offseason showed, he's not afraid to change his mind.

He probably won't be playing at 50, or even 47. But would you be willing to bet the mortgage on it? Didn't think so.

So here it is. Tom Brady at 45, NFL statesman, active player. Spoken into existence, brought into being. It's real.

In a few weeks, a 45-year-old will take NFL snaps, and he'll do so as a legitimate MVP candidate, a Super Bowl contender and with no noticeable drop-off from his peak.

And the most remarkable thing about it all isn't that those things are happening, but that we're not even surprised anymore.