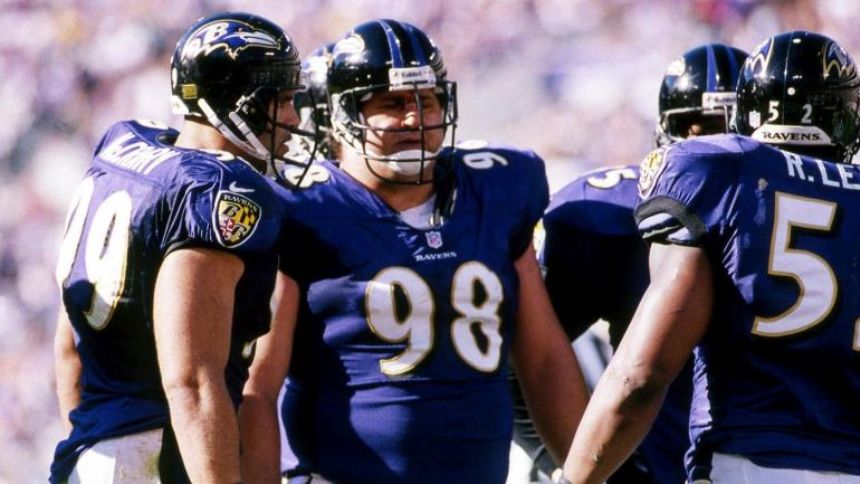 Tony Siragusa, a star NFL defensive tackle throughout the 1990s and an important member of the Baltimore Ravens' Super Bowl XXXV-winning team, . News of Siragusa's death was confirmed in a statement by the Ravens.

An undrafted free agent out of Pittsburgh, Siragusa was able to make the Indianapolis Colts' roster and became an outstanding nose tackle, playing seven seasons and helping his team reach the AFC Championship Game in 1995. Siragusa then joined the Baltimore Ravens in 1997, where he played for the rest of his career. Siragusa's crowning achievement came in 2000, when he starred on a historically dominant Ravens defense that led the team all the way to victory in Super Bowl XXXV.

Much of the commiseration that followed the news of Siragusa's passing came from his former Ravens teammates, most notably Pro Football Hall of Fame linebacker Ray Lewis and Ravens owner Steve Bisciotti.

Among the statements released by the #Ravens just now on the passing of Tony Siragusa, this from Ray Lewis pic.twitter.com/DnyL3R0w8G

This is a tremendously sad day for the Baltimore Ravens. pic.twitter.com/dbXDb5Ns76

I did not know this. pic.twitter.com/7ocG67hJe4

I am so heartbroken to hear of Tony Siragusa's passing, Goose was my favorite player growing up, even came to visit my first grade classroom, thinking of his family and loved ones ????

The death of Siragusa compounded what had already been a day of mourning for the Ravens franchise. Earlier Wednesday, it had been announced that outside linebacker Jaylon Ferguson died suddenly at the age of 26.

This is one of the saddest days in Ravens history. The deaths of Jaylen Ferguson and Tony Siragusa on the same day leaves every Ravens fan stunned. A player so young with potential, and a legend who brought so joy and impact to the field. Gone. Tough to wrap your head around.

Such a sad day in Ravens history.

Tragic to lose Jaylon Ferguson at just 26 years old and Tony Siragusa at 55. Hard to believe.

Hug your loved ones, each day is precious.

Reactions also came in from Pitt Football and Jimmy's Famous Seafood in Baltimore.

The Jimmy's Family is devastated by Tony Siragusa's death. We extend our deepest condolences to his family & loved ones.

Goose's larger-than-life personality and unrivalled sense of humor made him a legend in Charm City! May his memory be eternal. pic.twitter.com/dDnDj5HHOY

Siragusa is survived by Kathy Siragusa, his wife of 27 years, and their three children.