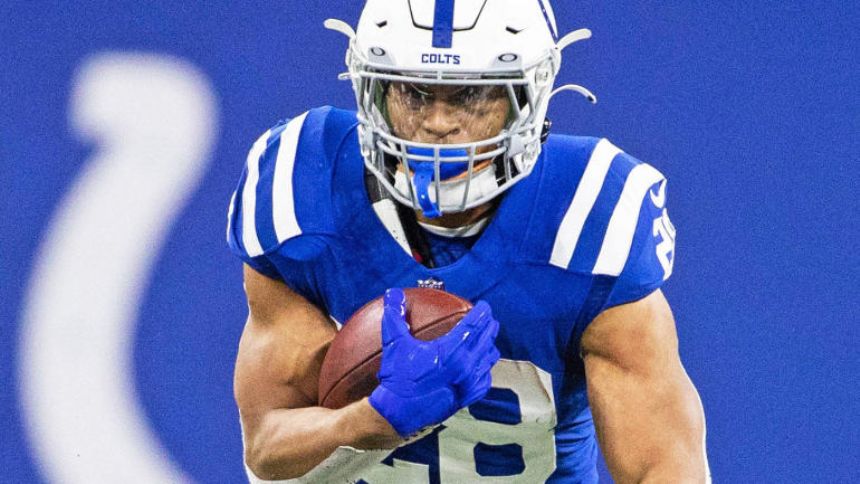 The NFL may be a passing league these days, but having an elite rushing attack as opposed to a serviceable one can be the difference between a wild card bid and a title run. The question is, do you need an elite running back to dominate the ground game? Or just an elite rotation? Everyone can agree on the biggest names at the position, from Derrick Henry to Dalvin Cook, but which teams have the best backfields as a whole?

Wear and tear is a major concern here, with McCaffrey playing just 10 games the last two years. When healthy, however, he's a dual-purpose, chain-moving machine. Hubbard showed in 2021 he can be a decent traditional fill-in, and Foreman had some burst replacing Henry in Tennessee.

This is all about King Henry, a true freak of nature whose monstrous combo of imposing size, brutish power and top-end speed make him a weekly matchup nightmare. Neither Hilliard nor Haskins have extensive experience, and Henry's heavy workload is bound to take a further toll. Until then, Tennessee's group just has the makeup to wear down opponents.

Williams may well be able to carry the backfield on his own, topping 1,300 total yards in just one official start as a rookie. But Gordon is savvy and efficient, especially on a pitch count. All eyes are on Russell Wilson and the passing game, but the QB's greatest complements are probably right here, at the same position Pete Carroll so valued in Seattle.

They'd be higher, solely because of Kamara and his big-play pass-catching, if not for the possibility of No. 41 facing a significant suspension due to off-field conduct. And, perhaps, if Ingram wasn't slowing at age 32. Still, when Kamara is on the field, he's usually the most dynamic one out there, single-handedly carrying New Orleans before.

Zeke gets a lot of flak these days for failing to match Pollard's explosiveness, but he's still an above-average do-everything starter for a top-10 offense. If Dallas wisely keeps increasing Pollard's role as both a runner and receiver to speed up their attack, the one-two punch could be lethal. Can the O-line stay upright to keep them moving?

Three of the top four backs here are coming off season-ending injuries, so their early-season explosion could be slightly reduced. But there's a reason Baltimore has long been a model for run-first offense. Dobbins is built like a workhorse, Edwards is highly efficient as a change of pace, and Davis has lots of experience as a physical, pass-catching substitute.

The high marks stem exclusively from their top duo. Jones has all the tools you want in a contemporary starter despite an injury history, whereas Dillon's size and physicality enable Green Bay to play old-school ball. Aaron Rodgers figures to lean on them even more now that Davante Adams is gone, and that might not be a bad thing.

There are maybe one or two backs who command more attention than Cook when fully healthy. Even if he's a safe bet to miss a week or three each season, the Vikings star is one of the most gifted natural runners in football. His top speed is unreal. Mattison, meanwhile, is practically a clone in terms of size, and has been an underrated No. 2 for years.

Star power helps, and Taylor has exactly that, giving Indy maybe the most complete back in the entire NFL. Matt Ryan will be content every time he hands the ball to No. 28. Hines, meanwhile, remains a reliable safety valve as a receiver, and Lindsay at least offers plenty of grit and starting experience. If the Colts return to the playoffs, their run game will surely power them.

It's a close call with the Colts, but all three of the Browns' top backs have done serious damage when given RB1 duties. Yes, Cleveland's line has something to do with this, but Chubb and Hunt are undeniable talents on their own. The former has averaged over 5 yards per carry in all four NFL seasons as a smooth, traditional ball-carrier. Hunt, meanwhile, is even shiftier with good hands, making him the 1B in Kevin Stefanski's ground attack.