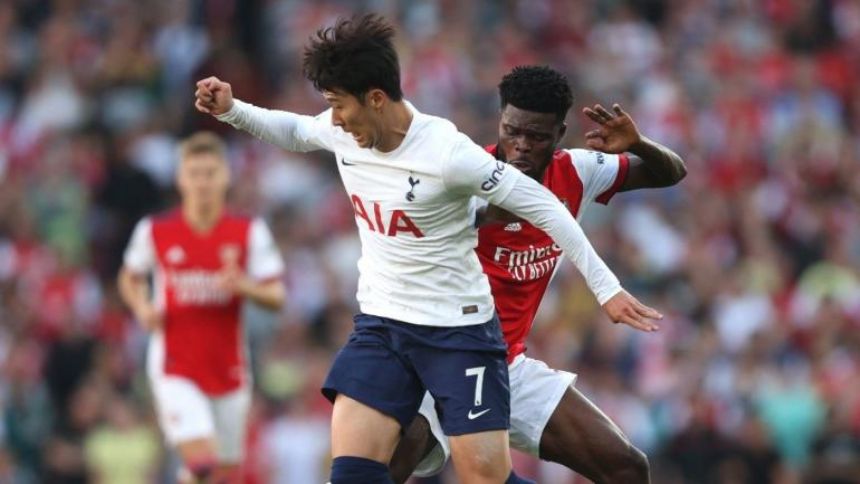 Arsenal look to lock up a top-four spot in the Premier League when they travel to face rival Tottenham on Thursday in the North London derby. The Gunners are in fourth place with 66 points, holding a four-point lead over Spurs. A victory would make it mathematically impossible for any team to be able to jump the Gunners for that coveted Champions League spot. Spurs, meanwhile, face what is really a must-win game if they have hopes of a return to UCL.'

Tottenham:'Spurs have been without both Oliver Skipp and Japhet Tanganga since February, and Matt Doherty is out till the summer with a ligament tear, but otherwise Antonio Conte has his full team at his display for this epic clash.

Craving even more coverage of the world's game? Listen below and follow ˇQue Golazo! A Daily AP Soccer Podcast where we take you beyond the pitch and around the globe for commentary, previews, recaps and more. '

Arsenal:'The Gunners are nearly at full strength, aside from the unknown injury to Thomas Partey. All eyes will be on the Arsenal attack, with Eddie Nketiah expected to start once again due to his exceptional form. He's got four goals in his last four games as Mikel Arteta's men have beaten Chelsea, Manchester United, West Ham and Leeds in a row.'

A festival of goals results in a draw, a result that better suits the Gunners than it does Spurs.'Pick: Tottenham 2, Arsenal 2