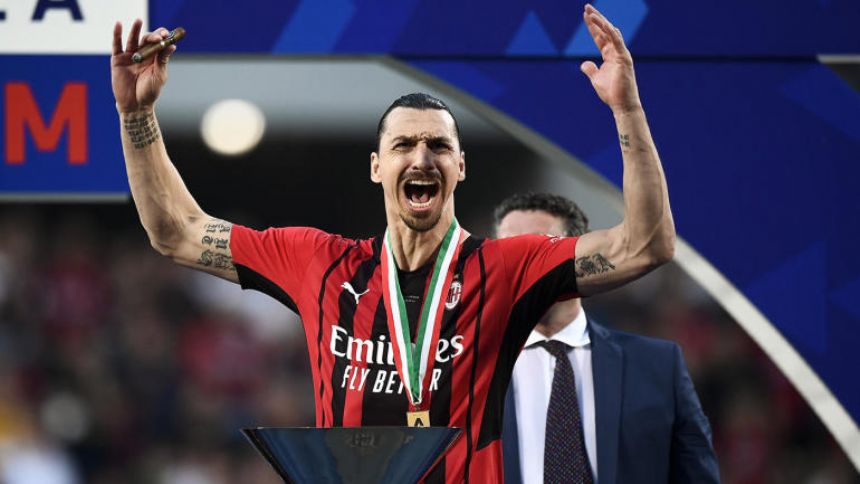 What's better than a cup of coffee and the latest transfer news? Join in as AP Sports provides the latest updates from around the world and what they mean to your favorite teams. is expected to arrive in Turin this week to undergo the medicals with , while Zlatan Ibrahimovic should extend his contract until summer 2023. Tottenham are closing in to sign and at the same time selling to Ajax. Let's get to the transfer moves:

Juventus are finally set to announce Angel Di Maria as their new signing after his contract with Paris Saint-Germain expired last June. The Argentinian winger is expected to arrive in Turin before the end of this week to undergo his medical exam with the Italian club and then to sign a one-year deal until the summer of 2023. After long conversations that started in May, Di Maria has finally decided to join Juventus and to start a new chapter in Serie A soccer.

Ibrahimovic gets another year at AC Milan

The Zlatan Ibrahimovic era at is not over yet. Despite undergoing a knee surgery that will keep him out until the end of the calendar year, the 40-year-old Swedish striker will sign another deal with Rossoneri until the summer 2023. Ibrahimovic's salary will be around €1.5 million, with add-ons related to goals and assists, Sky Italia reports. Zlatan Ibrahimovic decided to stay and to postpone his retirement from soccer at least for another season.'

AC Milan are also working to strengthen the current roster and is among the names discussed internally at the club. The player is currently not interested in signing for , who showed interest in the past weeks, despite an offer that could go up to €35 million with bonuses included in the deal, according to Belgian publication Het Laatste Nieuws. De Ketelaere at the moment would prefer to join the Italian side, after having talks with both coach Stefano Pioli and AC Milan legend Paolo Maldini.'

Tottenham continue to make some interesting transfer business. While Steven Bergwijn underwent medicals with Ajax, Spurs are close to signing right back Djed Spence from Middlesbrough for around €15 million. Antonio Conte's intention is to have him before the team departs for South Korea this Saturday.'

Bayern Munich are in for de Ligt

is one of those to watch out in the coming weeks. While the player's intention is to leave Juventus this summer, both and Bayern Munich are in the race to sign the Dutch defender. Juventus are also open to selling him, but the demands of the Italian club are also pretty high since they paid him around €75 million in the summer of 2019. Bayern Munich held talks with the player and will now start a direct conversation with Juventus to find an agreement. Chelsea have already proposed to include in the deal, but as of now Bianconeri have refused this option.'

Another Italian player might move to Major League Soccer. are close to signing free agent , according to Sky Italia. The Italian winger did not extend his deal with Juventus that expired this summer and he's open to join a new league after that talks with multiple Italian clubs have stalled. Bernardeschi would be the third Italian player of the Toronto FC roster, after and .'