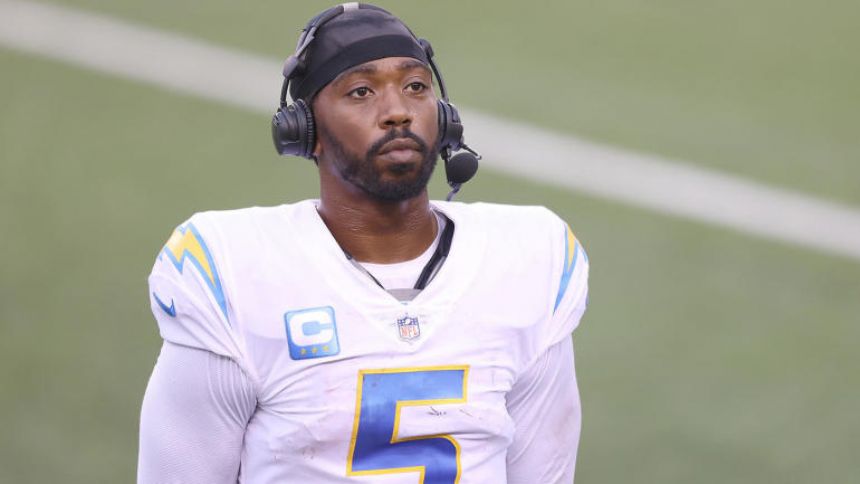 Giants'backup quarterback Tyrod Taylor is suing Chargers team doctor David S. Gazzaniga and the Newport Orthopedic Institute for medical malpractice stemming from a punctured lung Taylor suffered during his time with the Chargers,'according to findings by ESPN. The punctured lung occurred while being treated for a rib injury in 2020. Taylor is seeking at least $5 million.'

Originally scheduled for November, the trial is now slated to start in April because of the NFL schedule. The lawsuit was filed back in May of 2021.'

Taylor suffered a punctured lung ahead of the Chargers' Week 2 game against the chiefs when Gazzaniga tried to administer a pain-killing injection into Taylor's fractured ribs. Taylor, who had led the Chargers to a season-opening win over the Bengals, said in the lawsuit that he suffered "severe physical pain resulting in hospitalization, physical therapy, emotional distress and other past pain in suffering."'

Taylor's attorneys stated that Gazzaniga's "negligence, carelessness and other tortious, unlawful and wrong acts" led Taylor to losing his starting job to then-rookie quarterback Justin Herbert, who started the Chargers' remaining 15 games of the 2020 season. Herbert won Offensive Rookie of the Year honors as the Chargers finished the year with a 7-9 record.'

The 2020 season was the second and final year for Taylor in Los Angeles. He spent the 2021 season in Houston, where he made six starts before injuries and the emergence of Davis Mills led to him spending the majority of the season on the sideline. He signed with the Giants this offseason and is currently serving as Daniels Jones' backup.'