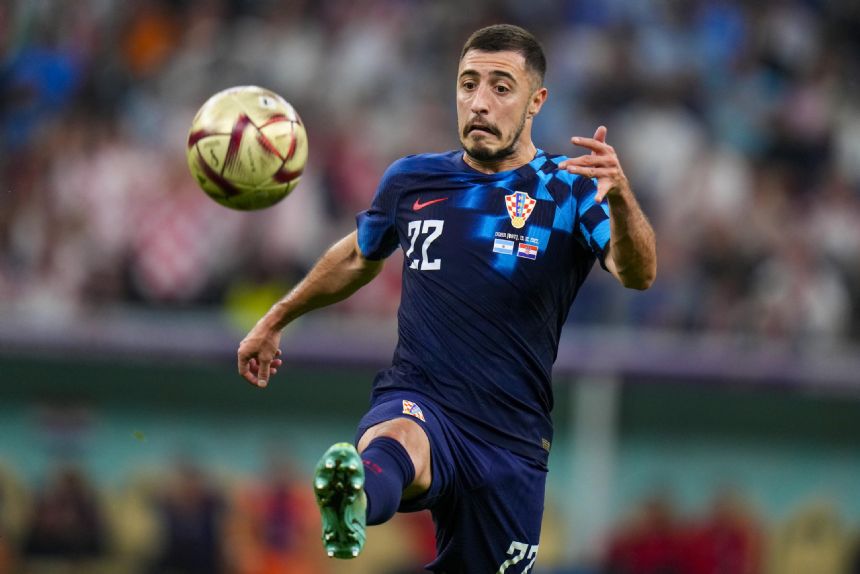 Union announced the 27-year-old Juranovic's transfer on Sunday, without giving details of the length of his contract or transfer fee.

Media reports suggested Union had agreed to pay 8 million euros ($8.7 million) and up to 3 million ($3.3 million) more in potential bonus payments to Celtic for Juranovic. It's the most the former East German league club has spent on a player.

Union was only promoted to the Bundesliga for the first time in 2019, but it has built on its achievements by finishing higher in each of the seasons since. It was leading the German league for seven weeks this season. It's currently third, five points behind league leader Bayern Munich.

Juranovic played all six games for Croatia at the World Cup, helping the team finish third. He was linked with potential moves to the likes of Barcelona and Chelsea.

But Union needed a replacement for Norwegian right back Julian Ryerson, snapped up in the winter transfer window by Borussia Dortmund as cover for the injured Thomas Meunier.

Juranovic, a committed team player with a tendency to push forward, might even be an upgrade.

"Josip will fit in well with us with his pace, his experience and his ability," Union's sporting director Oliver Ruhnert said. "We're convinced we have signed a player in him who will help us quickly and we are very happy to have him."

Juranovic, who played against Real Madrid, Shakhtar Donetsk and Leipzig in the Champions League group stage this season, will next face Werder Bremen away on Wednesday before a derby at Hertha Berlin on Saturday.

"Switching to Union fulfils my dream of being able to play in one of the best leagues in the world. The Bundesliga is intense and robust and suits my game," Juranovic was quoted as saying. "I'm looking forward to playing in front of the fans at the Alte Forsterei soon. I want to improve even further in Berlin and take the next step in my career."