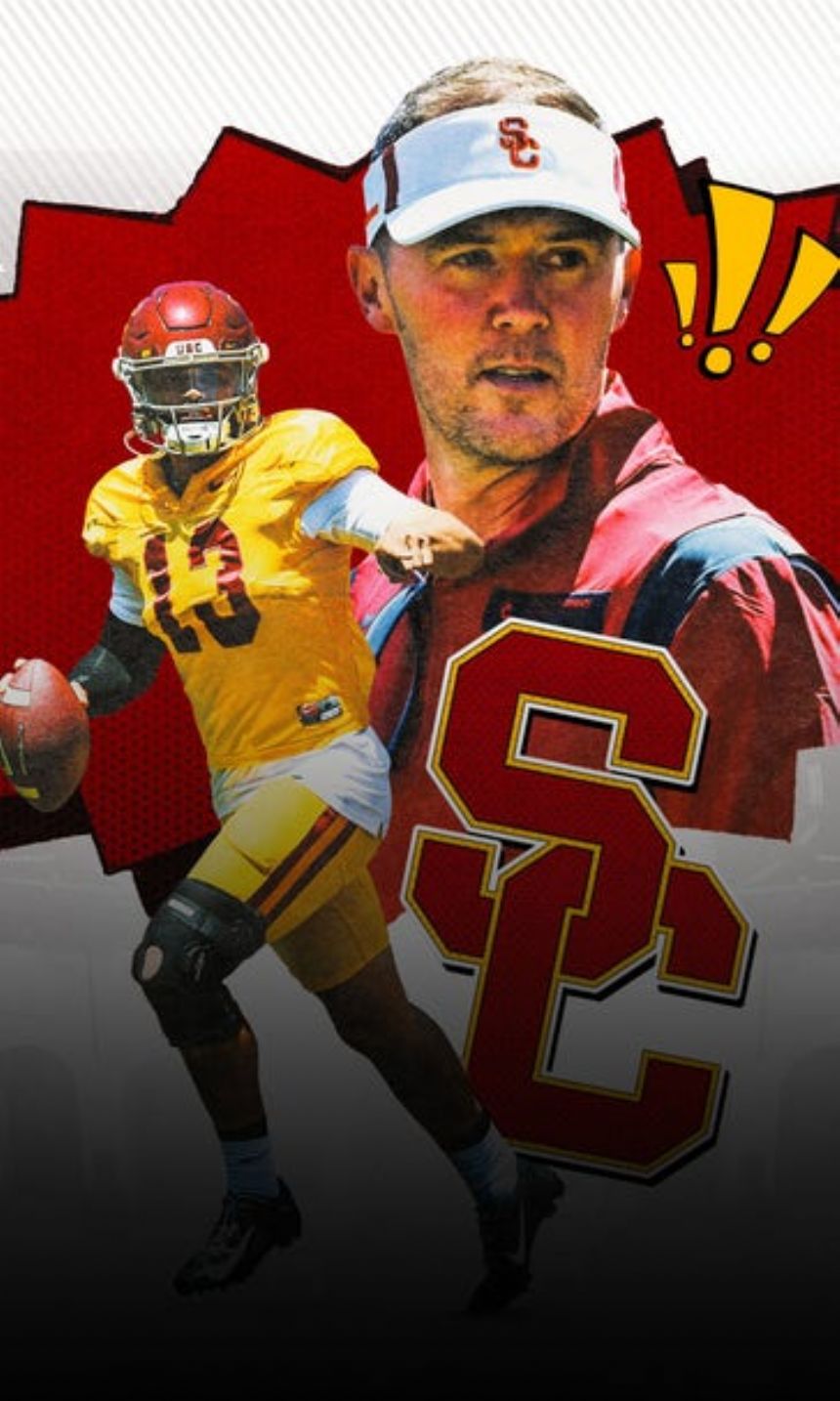 LOS ANGELES - The Pac-12 held its annual Media Day on the last Friday in July at the JW Marriott amid the teeming buzz of one the world's busiest metropolises.'

The chaos outside was an appropriate backdrop for'new USC coach Lincoln Riley to sit down across from me to discuss the seismic change to college football ahead.'

USC and UCLA, two pillars of the Pac-12 Conference, will join the Big Ten in 2024. For Trojans fans, for most fans of the sport, such a move was assumed to be an impossibility.'

For Riley, though? It was a Thursday.'

"It'll be exciting when it comes," Riley told me. "But I've been through this."'

You can watch the "The No. 1 Ranked Show with RJ Young" on YouTube or subscribe on podcast platforms, including Apple Podcasts.

His chuckle shortly after that statement underscored just how unique Riley's head-coaching experience has been over the past 365 days.'

He was the head coach at Oklahoma, a founding member of the Big 12 Conference, when OU and its most hated rival, Texas, announced they were joining hands and singing Kumbaya on their way to join the vaunted SEC.'

The SEC move plays to the Sooner Born, Sooner Bred.'

Fanatics who have grown tired of winning regularly in what, at best, is the third-best league in the sport welcome a tougher, more complete schedule that could include Georgia, Alabama, LSU, Florida, Arkansas and Texas A&M in addition to Texas in the same year.'

Never mind that the class programs in the SEC have handed OU its head in two College Football Playoff appearances.'

"I've walked into four playoffs, and I've never had better than maybe the third-best roster [of the four teams]," Riley told CBS earlier this summer.'

At USC, he thought he could recruit the best players. And recruit them he has, starting with his projected starter at quarterback, Caleb Williams, who followed Riley from Oklahoma.

"It was probably one of the toughest things I've had to do," Williams said. "I almost stayed - not for the coaches, not for anything like that, but for the guys that you know, [the guys] I helped or guys that was there or came in with me."'

Against the loud talk that Riley was running from the competition in the SEC, he declared that he intends to turn USC into the Mecca of college football. He has brought in some of the best players in the sport - Williams, reigning Biletnikoff Award winner'Jordan Addison and former Alabama linebacker'Shane Lee to name three - along with 44 other newcomers.

Not bad for a program that hasn't been nationally relevant - and I'm being kind here - since 2017 and hasn't played in a national title game since Pete Carroll coached the Trojans.'

Riley did all of that before he knew he'd only be coaching short-term in the Pac-12 - the fifth-best league among the Power 5 if I'm using CFP invitations as a metric, and I am. Then he found out that USC could be headed to Madison, Wisconsin, in November in two years' time with a bid to the B1G conference title on the line.'

USC alumni LenDale White joins Colin Cowherd to talk the Trojans' transition from the Pac-12 to the Big Ten and predicts a strong showing by USC.

Riley, though, gave me the line most coaches offered when I asked him how he felt about coaching in a league that has mostly belonged to Ohio State over the past decade.'

"People are going to be talking about it and rightfully so," Riley said of USC's move. "We get it. It's a big deal.'

"But this is our Year 1. And this is an opportunity to compete in the Pac-12 Conference, which I was very much looking forward to. It's a chance to play in and experience some unique venues and compete against different people."'

I'm glad Riley gets to mark Pullman, Washington, Corvallis, Oregon, and Tucson, Arizona, off his bucket list. (It's not as if he hasn't spent years coaching in Ames, Iowa, Lubbock, Texas, and Manhattan, Kansas.)'

He then raised the point that many of his current players won't even be around for USC's opening Big Ten tilt. That means we gotta talk about the quiet part out loud now: The'Trojans have crowned Riley and expect him to bring them glory in a Pac-12 that, in the minds of most, is weak.'

Be wary though, Trojans. Achilles is at the gate, and, this time, he has not come alone.'

RJ Young is a national college football writer and analyst for AP Sports and the host of the podcast "The No. 1 Ranked Show with RJ Young." Follow him on Twitter at @RJ_Young, and subscribe to "The RJ Young Show" on YouTube. He is not on a StepMill.