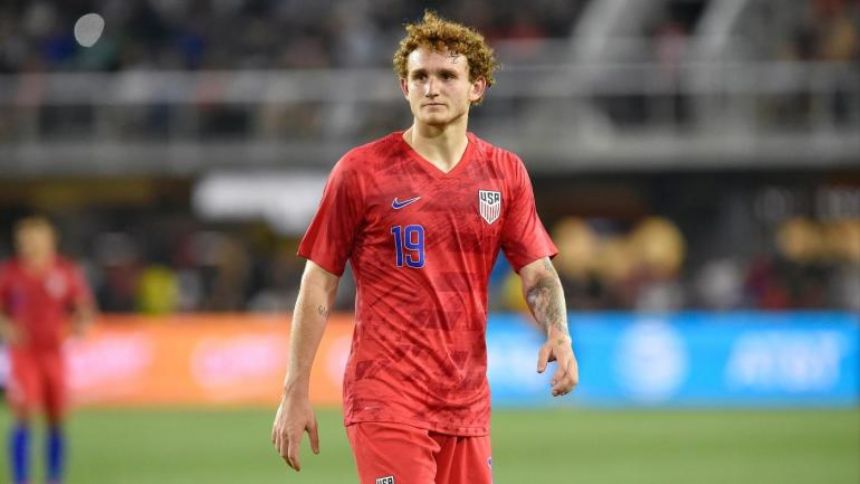 The U.S. Men's National Team begins its final pre-World Cup stretch when the team takes on fellow World Cup participant in a friendly match on Friday at the Dusseldorf Arena in Dusseldorf, . The match is the first for the USA since the team played to a 1-1 draw with El Salvador in June. After playing Japan, the Americans will face on Tuesday in their final match before opening the World Cup on Nov. 21 against . Meanwhile Japan qualified for a seventh consecutive World Cup by finishing second in their group.'

Kickoff is set for 8:25 a.m. ET. Japan are listed as +140 favorites (risk $100 to win $140) in the latest USA vs. Japan odds from Caesars Sportsbook, while the USA are +175 underdogs. A draw is +210, and the over/under for total goals is 2.5. Before making any Japan vs. USA picks or international soccer predictions, you need to see what renowned soccer bettor Jon (Buckets) Eimer has to say.

Eimer is a high-volume bettor who has vast knowledge of leagues and players across the globe. Since joining SportsLine, Eimer has covered the English Premier League, Serie A, the FA Cup and much more. He is 37-20-1 on his Premier League picks for SportsLine in 2022, for a profit of more than $1,400 for $100 bettors.

Now, Eimer has taken a close look at the USMNT vs. Japan and has come up with three confident picks. He has identified several factors as to why these picks will cash. You can only see Eimer's picks at SportsLine.'

Why USA will win

Josh Sargent is in red-hot form. The 22-year-old forward for is tied for second in the English Football League Championship in goals with six, which have all come in his last seven games. (He also has an assist.) His recent form could be a major asset for a USMNT that struggled to find a consistent 9.

In addition, Gio Reyna makes his long-awaited return to the USMNT. Widely considered the USMNT player with the highest ceiling, the 19-year-old Reyna played in just two World Cup qualifying matches because of injury. Now seemingly healthy, Reyna gives the Americans a creative player who can play wide or centrally.

Why Japan will win

The Japanese face a USMNT that is unsettled at goalkeeper. Since leaving a starting spot with the New England of MLS for a backup role with , has played only one match for Arsenal. Ethan Horvath has started 10 games for Luton Town but has been inconsistent, and is tied for the MLS lead in clean sheets (14) but has regularly followed the other U.S. goalkeepers on Berhalter's depth chart.

In addition, provides the Japanese a high-caliber attacker. Arguably the team's most dangerous player, the former player has 17 goals in 42 career appearances with Japan. He has the ability to line up on the left or the right.

How to make USA vs. Japan picks

Eimer has analyzed USA vs. Japan and is picking Over 2.5 goals (+115). But he has also identified two other confident picks for Japan vs. USA. He's only sharing these USMNT vs. Japan picks at SportsLine.

Who will win USA vs. Japan? And where does all the betting value lie? Visit SportsLine now to see the best bets for USMNT vs. Japan match, all from the soccer expert on a roll on his recent soccer picks, and find out.