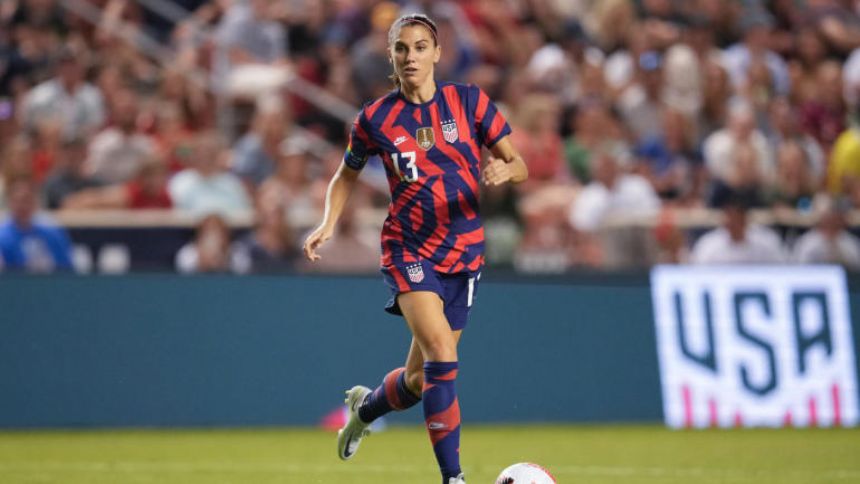 The 2022 Concacaf Women's Championship kicks off Matchday 1 on Monday on Paramount+ with a Fourth of July matchup between the USWNT and Haiti. This tournament, which is being held in Mexico, also serves as the qualifier for the 2023 Women's World Cup and the 2024 Olympics, so there's plenty on the line for both sides. Team USA warmed up with a pair of friendlies against last week, winning the first match 3-0 and the second 2-0. Haiti split its warm-up matches with Costa Rica last week. You can'stream the match live on Paramount+.

These teams last met in 2020, with the USWNT coming out on top 4-0. Kickoff from Estadio Universiitario de Nuevo Leon in Mexico is set for 7 p.m. ET and the match will be'streamed live on Paramount+ with their must-have Premium plan.'

Paramount+ now has levels of membership so you can watch the 2022 Concacaf Women's Championship and much more. The Premium Plan is $9.99 per month and you can watch your local AP live stream, including plenty of sports like Champions League, Italian Serie A, college hoops, and the PGA Tour, with no ads, on demand and the ability to download episodes for offline viewing. Plus, watch the highly-anticipated series Halo, Picard, 1883, and more. Both plans come with a free week to start and include soccer matches, so sign up now here.

Before tuning into Monday's match, you need to see the USWNT vs. Haiti picks from SportsLine's soccer insider Brandt Sutton. Sutton, a former collegiate soccer player, has been SportsLine's top soccer editor for nearly five years. He has followed soccer closely for much longer and factors in managerial tactics, projected lineups and past performances to make the most informed decisions possible, keeping his finger on the pulse of the game all over the globe.'

For USWNT vs. Haiti, Sutton is picking the USWNT to win the match 4-0. The USWNT was a bit sloppy in the warm-up matches against Colombia. Those games were strategically played in Colorado to help prepare the squad for the altitude it will see in Mexico. With so much on the line as the Concacaf Women's Championship gets underway, Sutton predicts an inspired effort from the USWNT.

"The U.S. and Haiti have squared off six times in their history, with the USWNT winning every matchup," Sutton told SportsLine. "I expect another strong performance for the Americans on Monday, which will result in a convincing victory for the USWNT."'Stream the match now here.